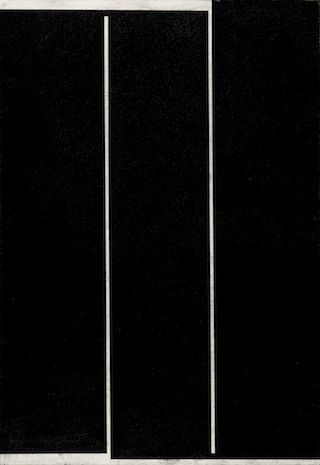 Yau writes: "By varying the relationship between the black and white areas, Knifer is able to calibrate a different dance between solid and void, dark and light... In many of the paintings, while I mentally registered a constant push-pull between solid and void, presence and absence, I found it nearly impossible to visually separate the areas, whose contours are defined by the opposite color. I had to constantly refocus my attention, shifting between the black and white areas, and between the painting’s interior and its edges. It was not surprising to feel as if I had a slight case of vertigo. The possibility that I was not standing on solid and secure ground took on a political dimension: what could you believe in while living in Zagreb in the 1970s and ’80s?" 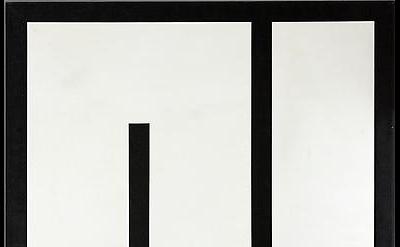