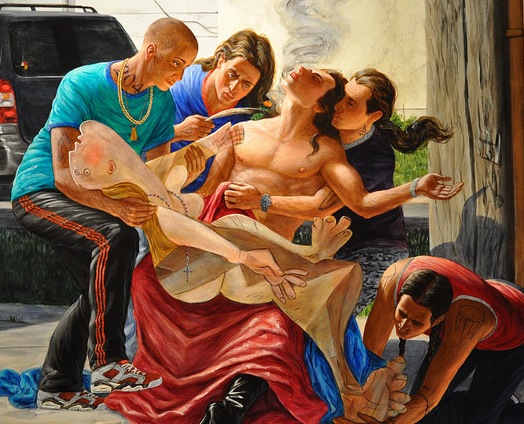 Vartanian writes: "His ability to make the overarching theme of displacement strangely familiar is one of Monkman’s strengths. These are modern and contemporary figures in migration, adapting to the present without blinking an eye. If there is a critique in Monkman’s work, then it is about the reductive myths of modernity that create convenient stories of victors and losers, decline and ascent. In conventional Western history, First Nations people are often portrayed as a dwindling civilization, but Monkman focuses on their agency and resilience, not to mention their ability to adapt... The dangers of cultural amnesia are around every corner in these scenes, as characters fumble into frame they shed their origins and find themselves in unfamiliar places. The art aggressively questions the language of modernism and its shortcomings. The paintings also reveal characters who feel trapped in cycles of violence and alienation, often playing roles they seem forced to play. The artist doesn’t liberate these characters, but tells their story through allegory and disruption. It is through the brutality of his juxtapositions that the drama unfolds. What is absent from these works is a sense of home, or a place that feels safe from the outside world. The violence of contemporary life permeates everything." 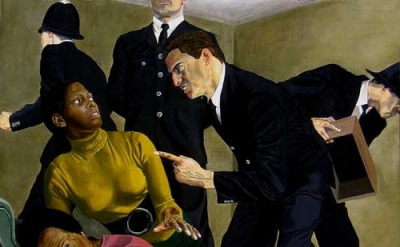 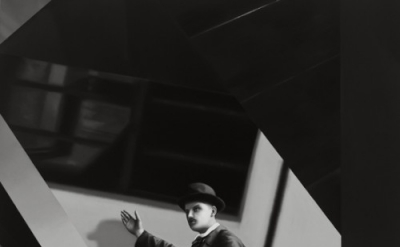 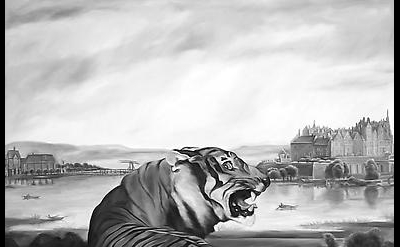 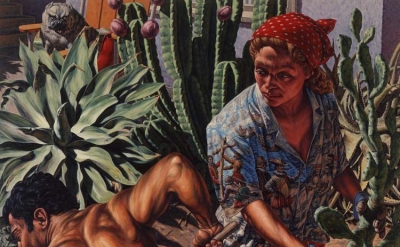