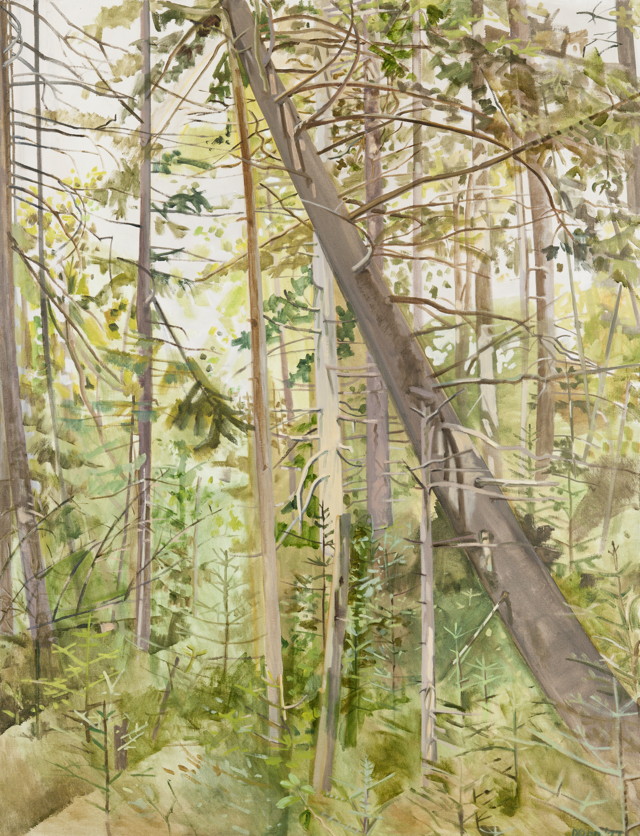 Stephen Knudsen writes about the work of Lois Dodd, on view in the recent retrospective exhibition Catching the Light at the Kemper Museum of Art, Kansas City (on view at the Portland Art Museum, Maine from January 17, 2013 - April 3, 2013).

Knusdsen writes: "Dodd is strongest when she comes closer to artist Fairfield Porter in a lineage that dates back to Edouard Vuillard. [Robert] Hughes wrote that Porter was 'lucid and gifted' as both a critic and painter. Dodd was a beneficiary of that gift in being reviewed with admiration by Porter and, as she said, through 'looking at his work.' Much of what Hughes wrote about Porter could be extended to Dodd, for example: 'Porter rejected the piety that the empirically painted figure or landscape was dead. It simply didn’t accord with his deepest convictions about how art relates to experience and conveys its 'density.' '" 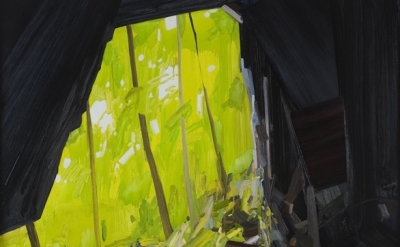 Lois Dodd: On Painting in Maine 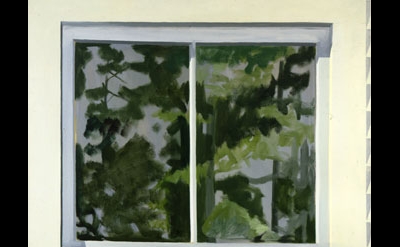