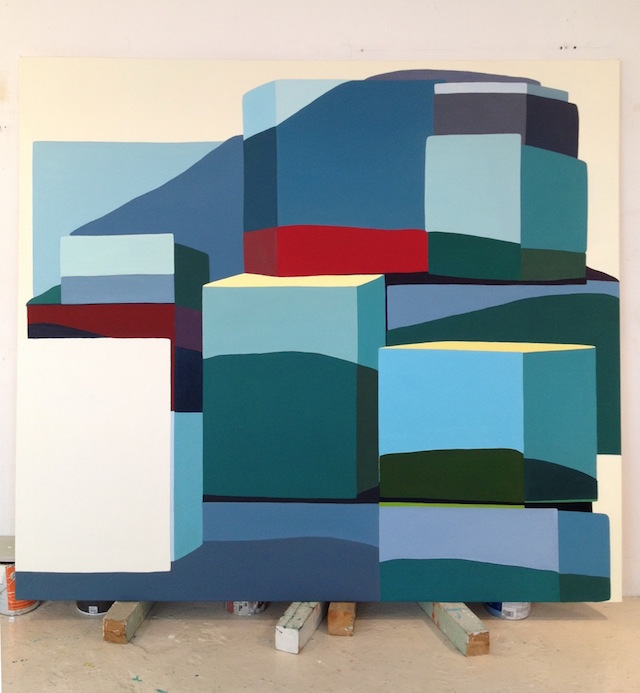 John Yau reflects on a visit to the studio of painter Louise Belcourt.

Yau writes: "There is the faintest hint of anguished tension running through Belcourt’s paintings, which belies the solid planes of color filling her surfaces. At one point, I began focusing on the fissures and gaps spreading through her tightly constructed compositions. Later, I isolated her discrete paeans to light, as in the elongated, buttery yellow, geometric slivers seen on the tops of two blocks in 'Mound 3' (2011–12). My attention kept shifting and refocusing. Her paintings are full of particular instances embedded within larger views. The strain between unity and disruption is ceaseless, but, contrary to what you might expect from such pressure, it leads to all kinds of visual celebrations, odes and, yes, even lamentations. There is a depth of feeling to these paintings that, much to her credit, Belcourt has refused to trivialize."