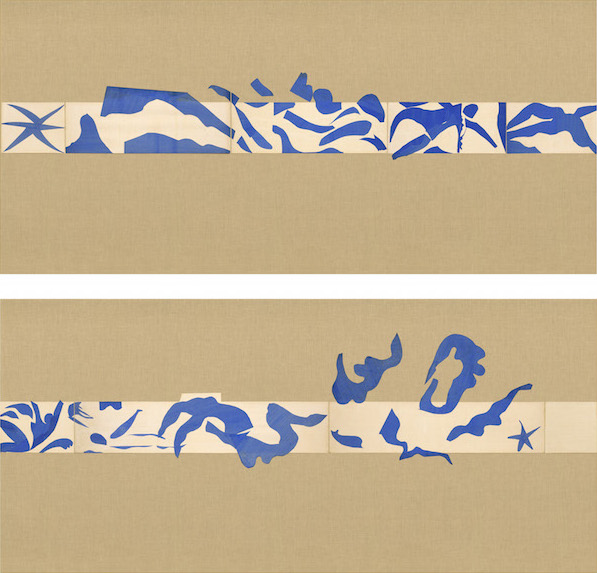 Fyfe writes that "there seems to be a logic to Matisse’s advancement to cut-paper. From his codification of the impersonal brushstroke mark to the introduction of a mediating tool like the scissors, his work comprises a further obliteration of the boundaries of color and drawing. Matisse’s use of scissors anticipates Pollock, Hans Hartung, Simon Hantaï, Helen Frankenthaler and Morris Louis, among others, in the use of an intermediary process (such as pouring paint or folding the canvas) in order to distance the artist’s hand and brush from the picture... he inventiveness and innovation on display at MoMA is astounding. Technically, it is also somewhat surprising that each cut-out is unique. Matisse really was painting with scissors. The longer one looks, the painterliness and Impressionist light arrives. The cuts do not follow the form; they surround mass and locate it in atmosphere." Fyfe also comments on Matisse's legacy and influence on the work of Richard Tuttle and Ellsworth Kelly. 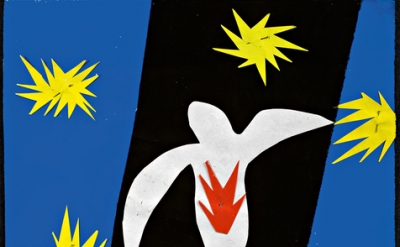