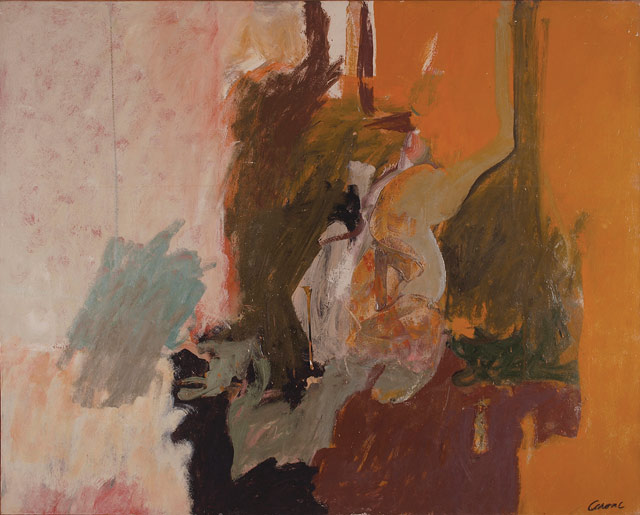 Keane writes: "Maybe the “mass of rhythm” that Carone cited in his last interview is what “Ear of Earth” embodies. The painting seems a sort of synesthetic graph modeled on the painter’s body freely in motion. Its flourishes and its sinews recognize the physiological vibrations common to both sight and hearing. Its colors are pressed by the brush to canvas in order to better feel — as sound links an exterior phenomenon with interior receptors — the colors of Long Island’s topographical configurations under its intense, changing sunlight. The visual pulses caused by the pigments’ reflection of light have their aural parallels in what happens when sound waves are apprehended within the inner and middle ear. Carone’s painting, through the filter of landscape, makes virtual sound from vision, boring down into the essence of pigment, namely, its derivation as a product of the earth." 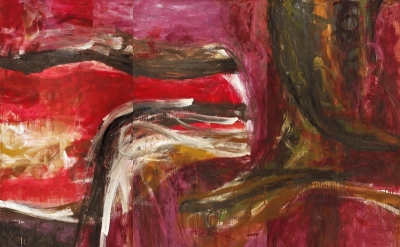 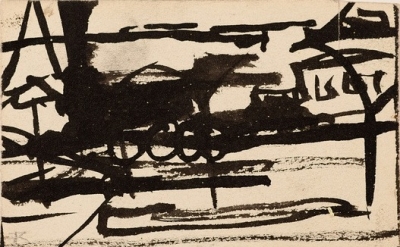