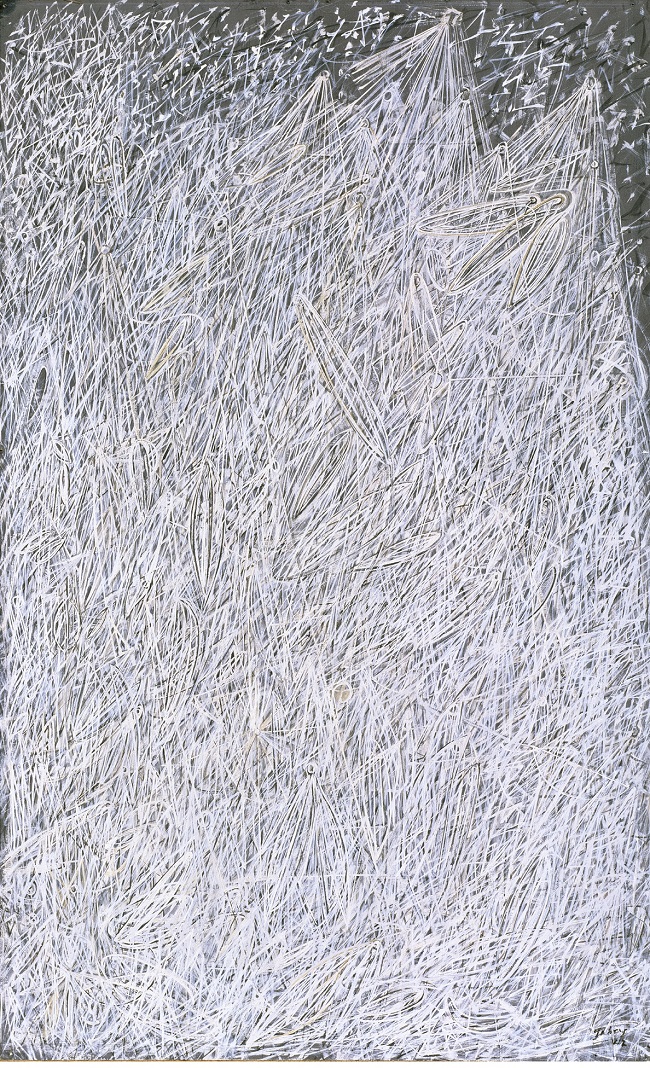 Joe Donahue reviews Modernism in the Pacific Northwest: The Mythic and the Mystical at the Seattle Art Museum, on view through September 7, 2014.

Donahue writes: "Back in the 1920s and ’30s, the artists of what would be called the Pacific Northwest School had begun teasing out the area’s interrelation of landscape, culture, and belief. The current show ... is a Lynchian mix of water, dreams, mountains, fog, and emptiness, and dreams that arise from the edge of the earth... Set at the entrance to the exhibit, Mark Tobey’s extraordinary painting,'White Night' (1942), argues for his life and work as the central fact of the modulations of Modernism in Cascadia. Tobey (1890-1976) moved to Seattle in 1922 and studied Chinese calligraphy. He also studied Arabic and Persian script, and, as a convert to Bahai, he was no doubt keen to see divine analogues in the act of writing. In 'White Night,' his white lines flurry and tangle on a slate-colored background. A primordial light streams downward from a few cosmic seeds, until, at the bottom of the painting, all’s a blur of petals, vulvas and ecstatic grass... Tobey’s white writing paintings are not meant to be legible, but rather to suggest the exuberant gestures of writing. The lines that would be confined as letters are instead set free."

John Cage and the Northwest School 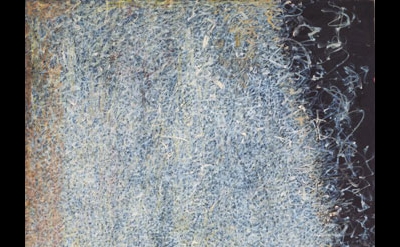