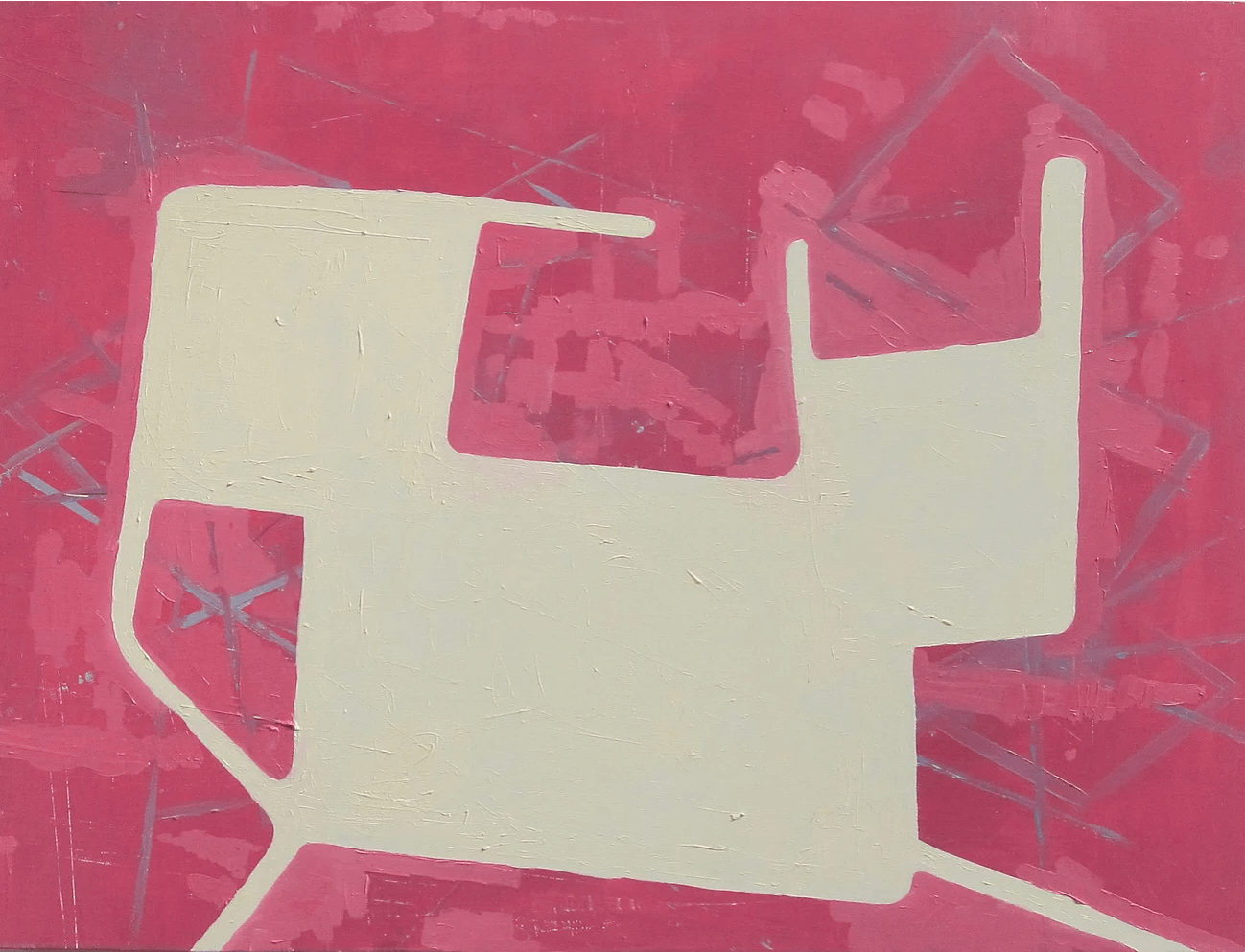 D'Agostino notes that Butler's new paintings are based on selections from daily iPad drawings that "readily became not merely an ersatz sketchbook, but also a journal. What’s more, given the textureless surface and inverted, in a sense, light source of this new ‘medium,’ Butler’s circumstantial workaround also provided her with a new platform on and through which which to think about the rudiments of painting. Because back in the studio, some of these digital sketches became paintings." 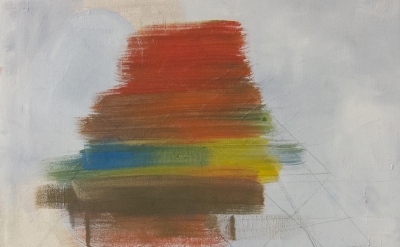 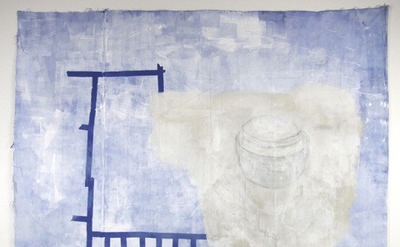 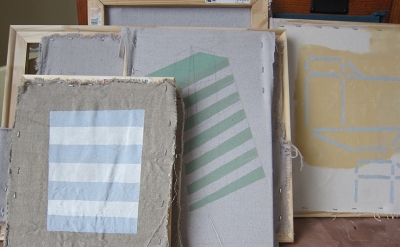