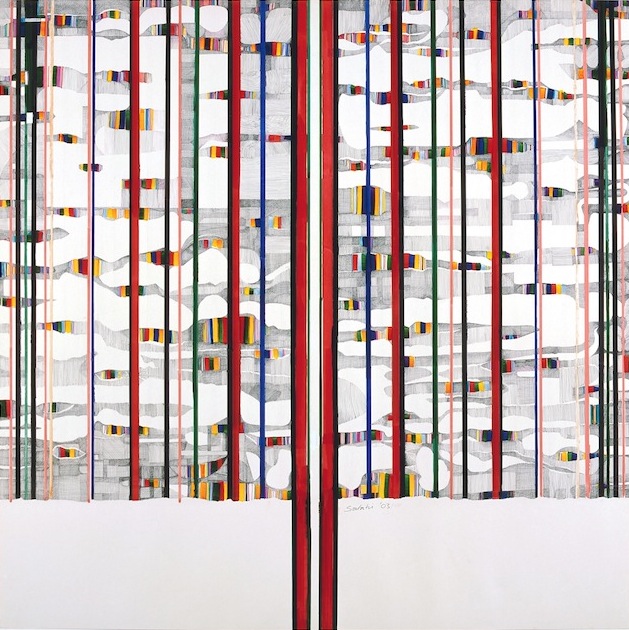 Heddaya writes: "In a time of acute upheaval, there is something comforting about the concurrent retrospectives currently on view at the Tate Modern for two seminal Arab modernists, Saloua Raouda Choucair and Ibrahim El-Salahi. The Sudanese El-Salahi has been more widely shown in the Western world — the artist currently resides in Oxfordshire — and this is further evidenced by the relative size of his show, which runs seven rooms to Choucair’s four. Yet they are both significant figures in their own right, and these highly biographical treatments afford their work a rich historical context that illuminates how their artistic practices intersected with the realities of their epoch... Though the two shows are never explicitly brought into dialogue, their proximity makes the pairing inevitable — and more than welcome." 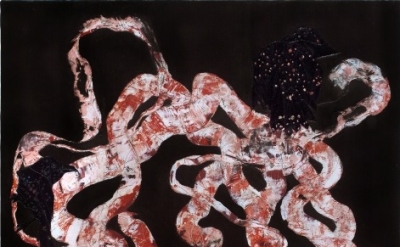