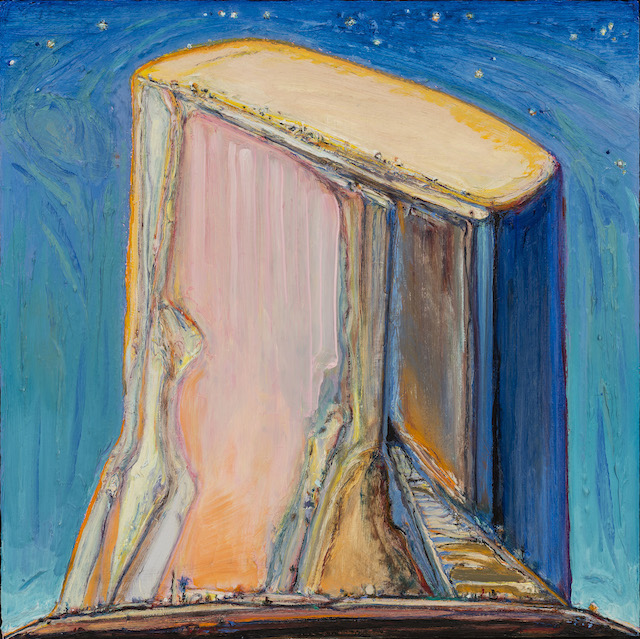 Yau writes: "Memory Mountains revealed that Thiebaud’s deepest ambition from the outset was nothing less than the reinvention of generic subjects, such as still-life, landscape and cityscape — which may have been, for him, touchstones of reality. Formal devices such as perspective are to be explored and pushed, rather than accepted as conventions, and Thiebaud, in his recognition of perspective and cropping as critical to the viewer’s relationship to the scene, whatever it might be, has long been at the forefront of figurative artists investigating their radical possibilities. (In this regard, he is closer in spirit to an experimental, non-narrative poet than a conventional, narrative one)... Whereas de Kooning famously equated oil paint and flesh, Thiebaud seems to equate oil paint with nature — from impassive stone to ephemeral cloud, and from warm glowing light to portentous back lighting. He seems to pull his views of mountains out of an unpredictable brew of movies, cartoons, memories and direct observation." 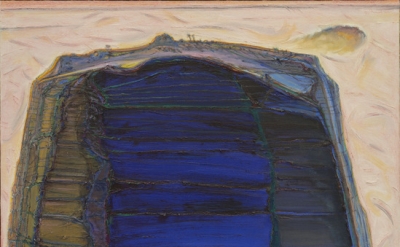 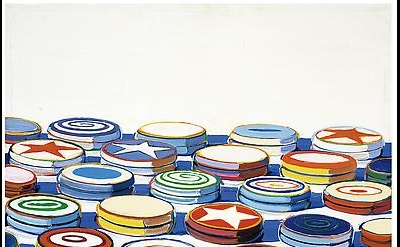