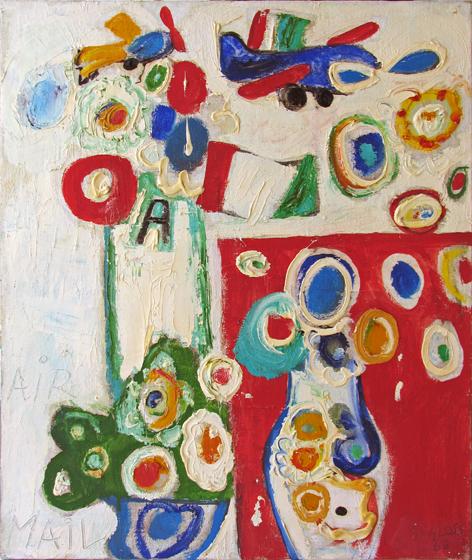 Kalm notes: "Beginning with her studies at the Art Students League in the early 1940s, Schloss found herself in the center of what would become known as the 'New York School'. Just as that phenomena was attaining world wide recognition, she left New York to live in Italy. Initiating, maintaining and continuing relationships with many of the most significant internationally recognized artists of her era, Schloss nevertheless, developed her own broadly inclusive practice that manifested as painting, collage, watercolor and assemblage, over a career spanning nearly 70 years." 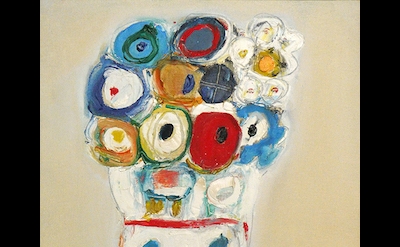