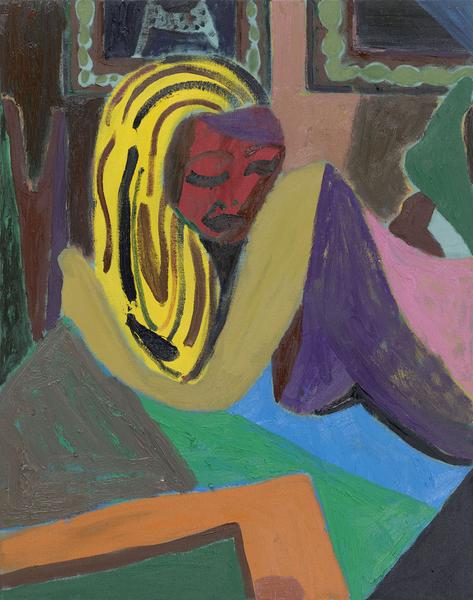 James Kalm video blogs a close look at the paintings on view in the exhibition Tal R: Altstadt Girl at Cheim & Read, New York, on view through February 14, 2015.

Kalm observes that the paintings developed out of the artist's "habit [of making] drawings of strangers in local hotel rooms. References to art historic subjects also enrich the content of these paintings and exploit the painter's exquisite touch and sense of the painter's medium."

The press release notes that the paintings "rest on the anxiety of an uncertain exchange. This provides [Tal R's] work with palpable intensity and, as he notes, 'awkwardness,' and is further emphasized by his use of saturated color and off-kilter compositions. Though central to the image, the female figures merge with their patterned, object-filled environments, often becoming abstracted or distorted. Tal R toys with perception and perspective, both actual and psychological, within the boundaries of narrative space, echoing the shifting rapport between the artist and his anonymous subject." 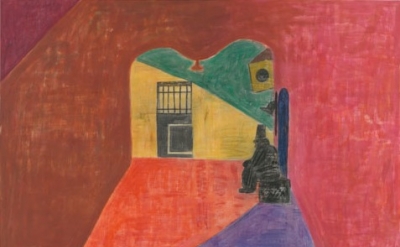