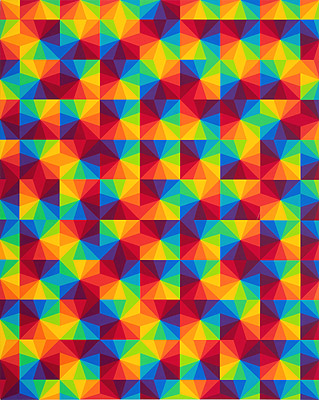 Mattera notes that the show features "16 artists for whom color and structure intertwine, either to create a suggestion of dimensional space or to invigorate a planar surface with pattern, repetition, or optical effects... While all of the works are strong individually and offer a cogent visual narrative as installed, I found myself drawn to the conversations between and among certain works. " 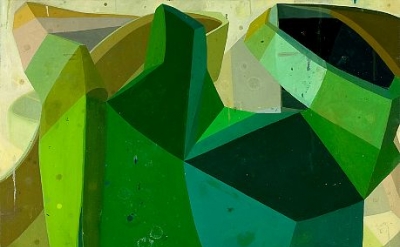 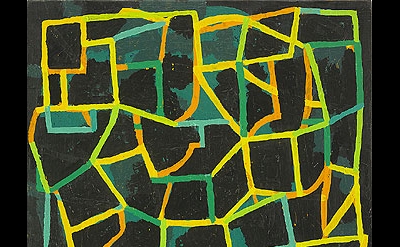 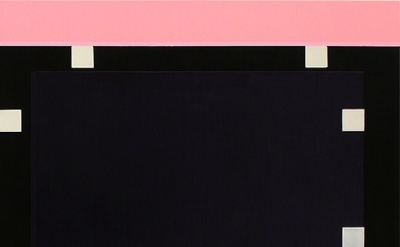 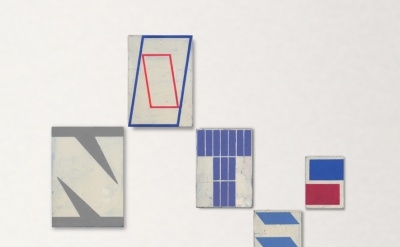