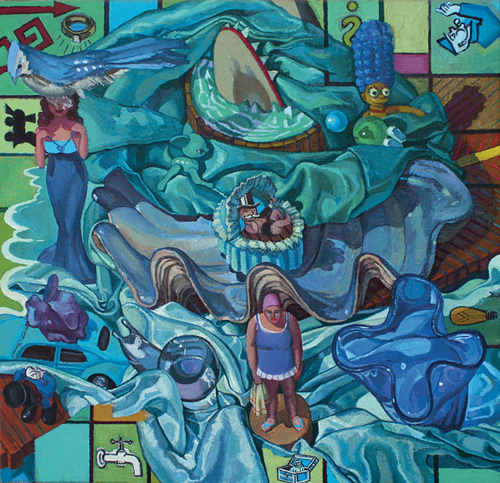 John Seed talks to painter Margaret McCann about the portrayal of Atlantic City in many of her recent paintings, currently on view in the exhibition From Rome to Atlantic City at the University of Virginia’s Ruffin Gallery, through December 7, 2012.

Seed introduces the conversation: "Getting to know Margaret and her paintings was Faustian: the more I learned the curious I became. In particular, as I wrote about her large three panel painting 'What We Worry?' which is set on the boardwalk of Atlantic City -- re-imagined, re-configured and re-populated in Margaret's mind -- I began to wonder about the meanings and associations of the many pop culture characters she had included. 'McCann has a mind like a tarot deck,' I wrote in my essay, 'jammed with meaningful characters that spill out onto her canvasses in eccentric troupes.' In her personal vision of Atlantic City she uses these characters as a kind of 'American 'commedia dell'arte' troupe'that together form a loving caricature of American culture." 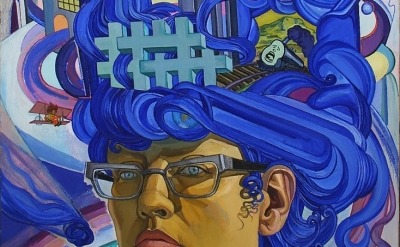