Mannerism at the Morgan 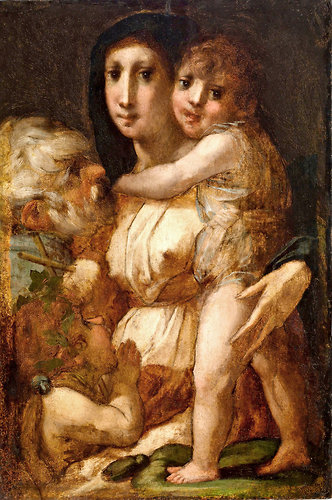 Of Rosso's Holy Family with the Young Saint John the Baptist (c. 1520), Kessler writes: "Rosso makes no attempt to create a plausibly real scene in a real space. What's being depicted is not ordinary human activity, and it's not an idealized scene either, but rather it's an almost hallucinogenic, spiritual ecstasy more akin to medieval mosaics in spirit than to the High Renaissance. This ecstatic emotion is conveyed by the glowing colors and the swirling, rhythmic brushwork. (The painting is unfinished so it's probably rougher and less polished than it would be if he had finished it — but still.) In the Rosso, St. Joseph and St. John are so emotionally overwrought they seem to be dissipating visually." 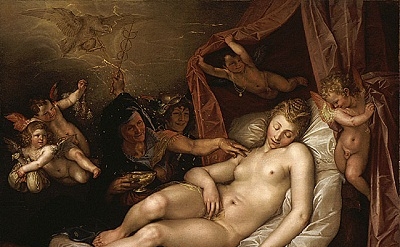