Bell writes that Daumier "tends to approach oils as if a matrix of free brushwork could deliver his ideas to him as lucidly as lines drawn with crayon or pen: but the paint keeps sliding the thought out of his hands, transmuting it into something less precise in meaning and possibly more glamorous. Sometimes he falls in with that process, as in his largest canvas, an Ecce Homo of c.1850 that swaggers with a woozy, Goyaesque bombast. But often he fights it – most furiously in a Man on a Rope done about a decade later, in which the slathered impastos have been scoured, sanded and hacked about with blades. Baudelaire’s argument is inverted: the brute, unruly paint is coming between Daumier and the clean sculptural concept in his imagination."

Honoré Daumier: Radical in the Making 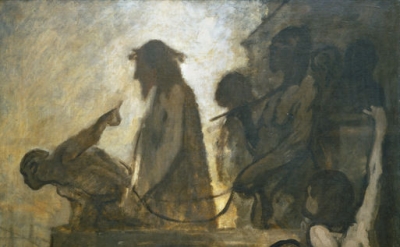 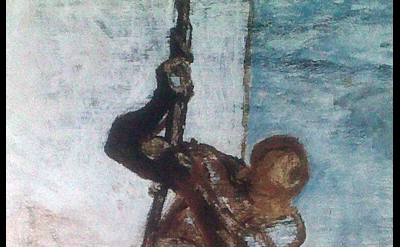 via:
Just Another Painter