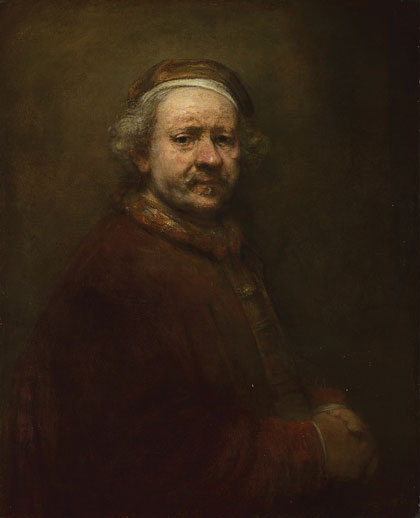 Rembrandt, Self-Portrait at the Age of 63, 1669 (National Gallery, London)

T.J. Clark reviews Rembrandt: The Late Works at the National Gallery, London, on view through January 18, 2014.

Clark observes: "What I now think was wrong in my previous approach to Rembrandt was my choice of terms. [I] assumed that the ‘look’ of self-portraiture was paramount, and extracted the look from the ‘face’. Rembrandt did not. His pictures – not just his self-portraits, but the whole world he shows us, predicated as it is on faces – have to do centrally with the belonging of eyes and eyesight to the unlikely cluster of ‘features’ that cling to the lower front half of the skull, exposing the brain to the world. Exposure of this kind has dangers. It is entirely horrible when, in The Anatomy Lesson of Dr Deyman, Joris Fonteijn’s brain is literally laid bare. But the proximity of The Anatomy Lesson to the self-portraits in the show – one among many unnerving conjunctions – only serves to alert us to the strangeness of the brain’s everyday, non-horrible externalisation... the world of faces is rightly his, and ours in turn: we inhabit it as we would a hall of mirrors. Rembrandt struts about the darkened room, owner and impresario, and what he intends to show us above all is our powerlessness in the ‘face’ of physiognomies. A face, he will demonstrate, is a machine for exteriorising – exchanging, universalising – subjectivity... The face is the form of the brain in the world." 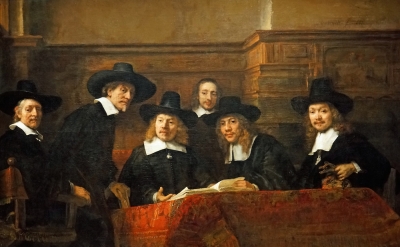 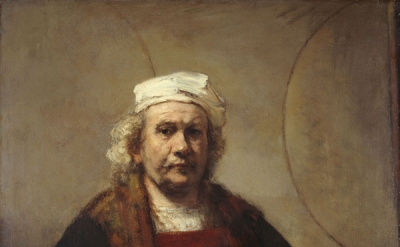 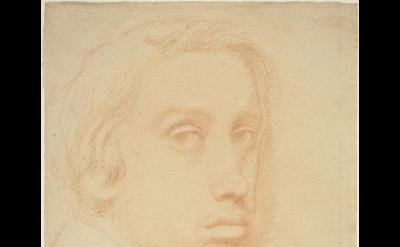