Rubens and his Legacy 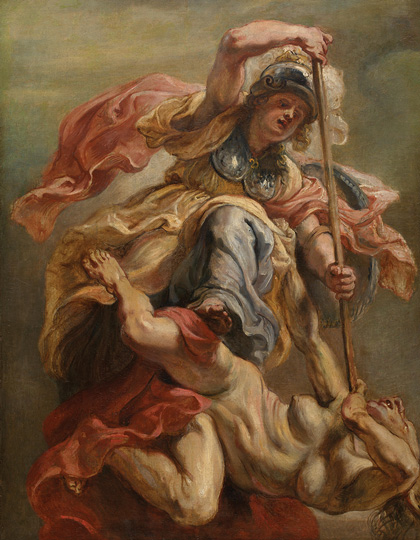 Bell writes: "The apple hadn’t yet fallen on Newton when Rubens died in 1640. Bodies might have weight, but gravity made a local rather than a comprehensive claim on them. Minerva’s heel thrusts down on the hip of Sedition in a sketch for the Whitehall Banqueting House ceiling Rubens painted in the 1630s, but the hag she seeks to pitch into the depths has no means of support: won’t they tumble together, as if into the Reichenbach Falls? And yet the picture makes a plausible claim on our physical intuitions. To flex one’s arms is to feel strength stemming from within: the armed defender of the state and her naked foe push against each other in this way, twin sources of energy interlocked. Everything in this art wells out from bodies – as Kerry Downes noted in his 1980 study of Rubens, ‘space in his paintings exists between and because of objects and not independently of them’..." 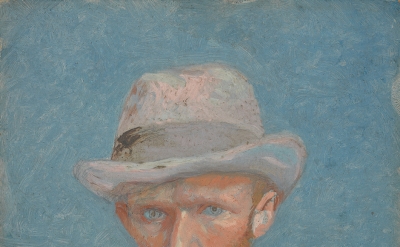 Rubens and His Legacy 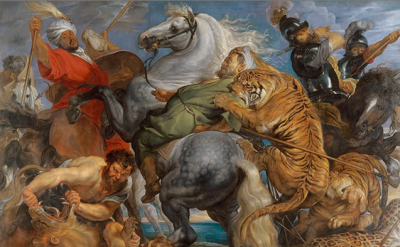 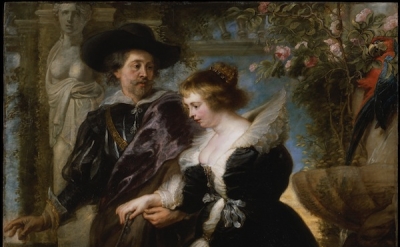