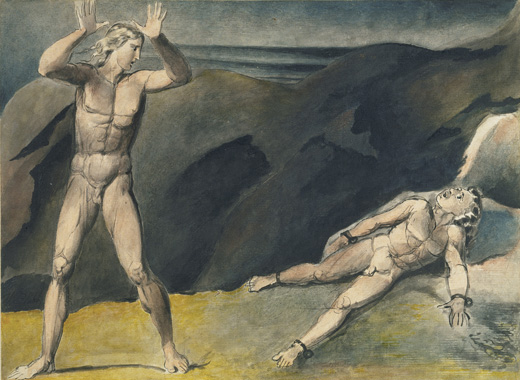 Clark writes: "I am not at all sure that we have an answer to it as regards Blake as an artist: a critical answer, that is, a set of descriptions and evaluations, arguing not just about the sources and period character of Blake’s image-making but its aesthetic and cognitive power... Could there ever be a criticism of Blake as an image-maker that set itself the same task as the critics of his verse ...? ... All critics of the poet’s visual imagery, wishing to understand what they are looking at and feeling the weight of Blake’s words close by, inevitably turn to them for guidance. The poetry begins to enfold the image; it frames and informs it; it claims the image as an extension or intensification of prophecy. But is this what matters in [Los and Orc (1791)]? I think not. The image is great not by reason of what it may mean but by reason of its distinctness, its emptiness, the ferocious boundedness of its imagining of a (non-)meeting of bodies."

The Age of Wonder