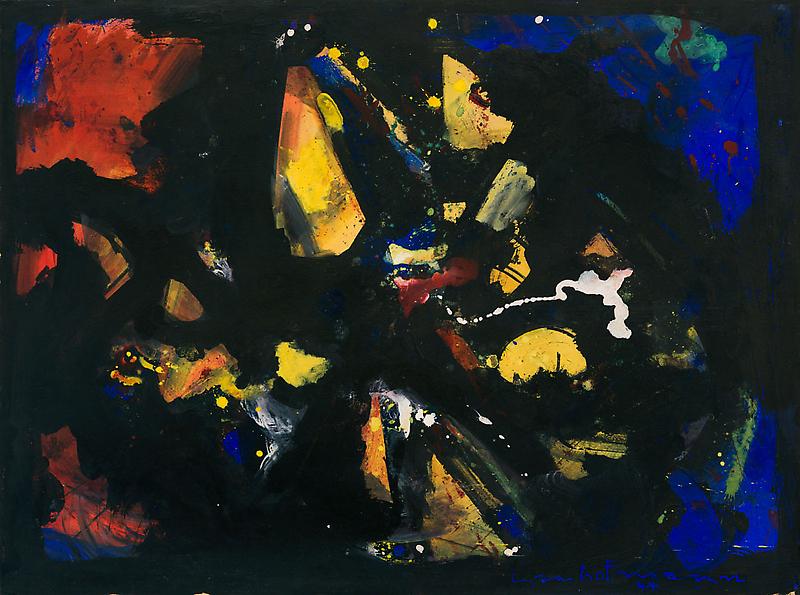 Halasz notes "two surprises in the current selection, two aspects of Hofmann's art that I'd never fully appreciated before. The first was his use of thin, straight lines... The second thing I'd never responded to before was Hofmann’s powerful command of blacks. One knows all about his bright colors, but his blacks can have just as much – if not more – energy. Given the chance, in fact, they can almost explode."

via:
Art In The Studio