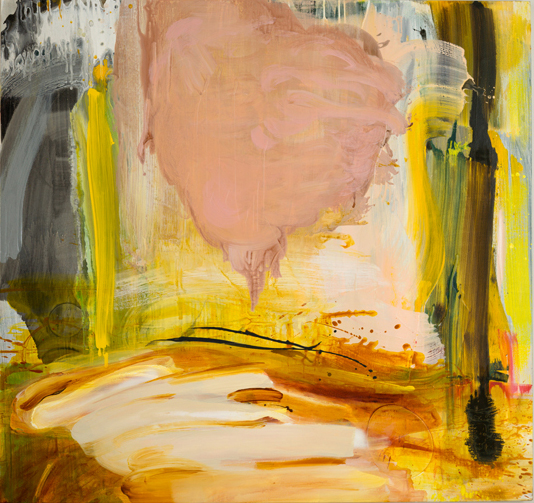 Carolanna Parlato, Above and Below, 2012, acrylic and spray paint on canvas, 52 x 55 inches (courtesy of Elizabeth Harris Gallery)

In the Lure of Paris Halasz finds Jules Olitski and Ed Clark to be standouts. She writes: "Olitski seems to have been one of the few Americans actually looking at the better postwar French painters practicing the French equivalents to American abstract expressionism known as tachisme or l’art informel..." Halasz continues: "[Clark] is... known for having painted with push brooms instead of brushes... [his painting] benefits from the use of large, sweepingly simple forms and clear, vigorous colors, wisely limited & separated from each other -- much livelier than the blackened, bush-like center in the Joan Mitchell on display, or the muddy, overdone creation of Al Held."

The Lure of Paris provides a fitting backdrop for Halasz to view a show of new paintings by Carolanna Parlato: "[Parlato's] intuitive color sense is one of the strong points of the current show... Also, her paint is a lot thinner than the hallmark smears of the 50s, sometimes transparent in fact, when an almost dry brush appears to have been stroked across the canvas, depositing only hair-like lines of paint, as opposed to solid areas, and allowing the complimentary undercoat to shine through. Finally, at its best her organization is a lot stronger than most of the tyros at work in 'The Lure of Paris.' " 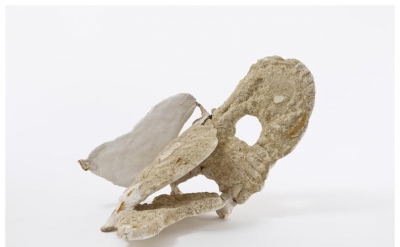 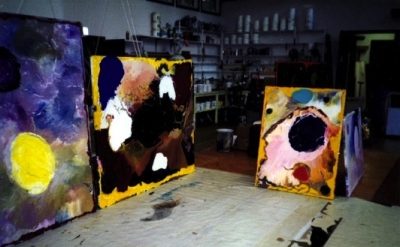 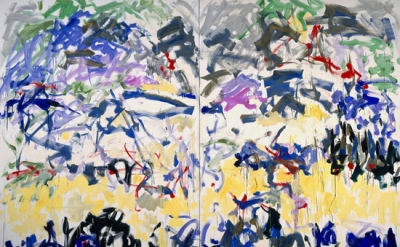 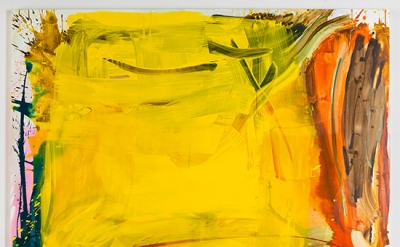