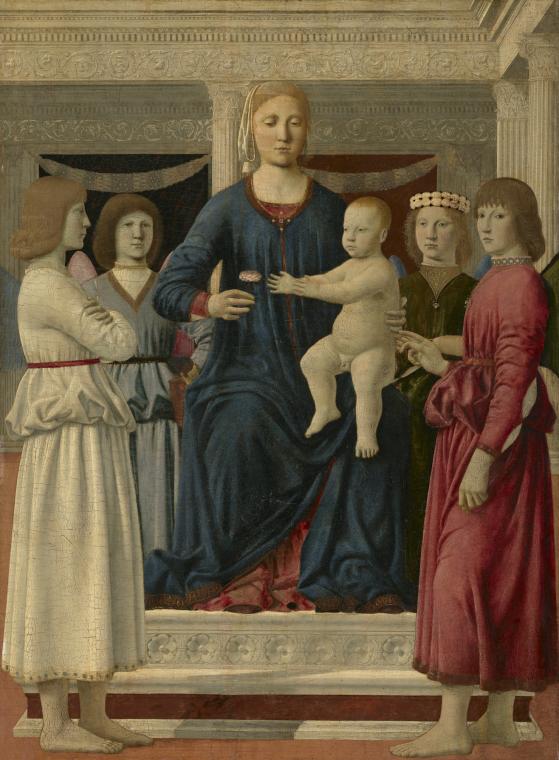 Piri Halasz reviews Piero della Francesca in America at The Frick Collection, New York on view through May 19, 2013.

Halasz writes: "The paintings at the Frick are all oil and tempera on panel, and are accordingly well preserved and/or restored. Their combinations of composition and color afford bewitchingly beautiful images, even though there is relatively little variation in their subject matter. One is a small Crucifixion, and one is a relatively large Madonna and Child enthroned with four angels, but the remaining five are all single images of standing individual saints. Two are large, full-length figures, while three are smaller, three-quarter length ones. All seem to have been painted in the later stages of Piero’s career, after he’d returned to his hometown and was executing commissions for local churches (he died in San Sepulcro in 1492). What I love about all these figures is their statuesque simplicity, their dignity, their nobility and at the same time, their complete and moving innocence. These faces are too peaceful to convey signs of inner or outer stress. And their subtle, often paler colors likewise detach them from the everyday and situate them in another world." 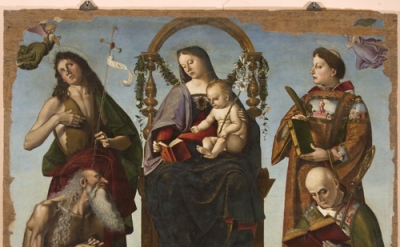