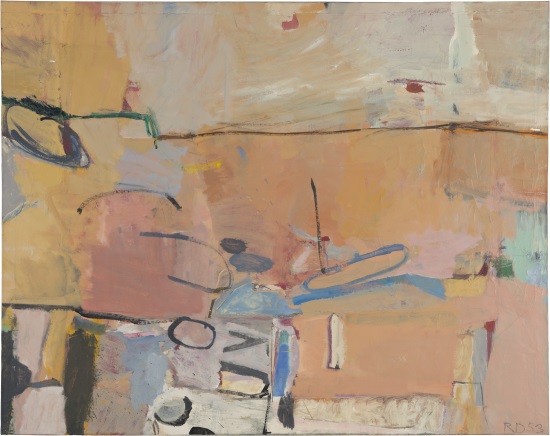 Burgard comments that the merging of asbstraction and figuration "is one of [Diebenkorn's] great accomplishments... most beautifully in the Berkeley period, he solved the problem of abstraction versus figuration by instead of saying either/or, to fuse them together, and in doing to endow something that's ostensibly abstract and inert with a human life and vitality." Burgard also speaks about de Kooning's influence on Diebenkorn noting that "deKooning moving from abstraction to figuration... that gives Diebenkorn the license and permission to consider that option as well. I think the sequential series of paintings, already in 1953 in one of the earliest paintings in the series Berkeley #3, he's already dealing with these supposedly opposing forces and reconciling them in a really extraordinary way." 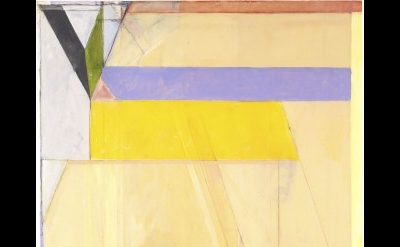