Tyler Green talks to curator Sarah Bancroft and conservator Ana Alba about the exhibition Richard Diebenkorn: The Ocean Park Series, on view at the Corcoran Gallery of Art, Washington D.C. from June 30 - September 23, 2012.

Bancroft notes that the Corcoran exhibit includes both Ocean Park #6 and Ocean Park #11, the "earliest paintings in the series, the first five were destroyed or put away…[by the artist]... they're both much more biomorphic and organic… they have a stronger relationship to his figurative work."

Bancroft also discusses an interesting commission Diebenkorn completed: documenting water reclammation projects in Arizona. She notes that "[Diebenkorn] often commented about the idea of process in the land, and seeing this history of what had happened, whether it be tilling or scarring or working the land, and he wanted to get that idea into his work… the history of the making of the painting is the painting. It's that idea of topography, of process… rather than obliterating the history of his compositional expression over time, allowing you to really see it…" 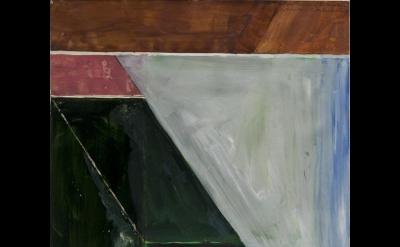 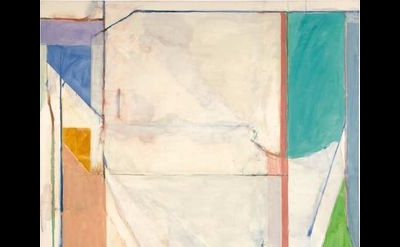