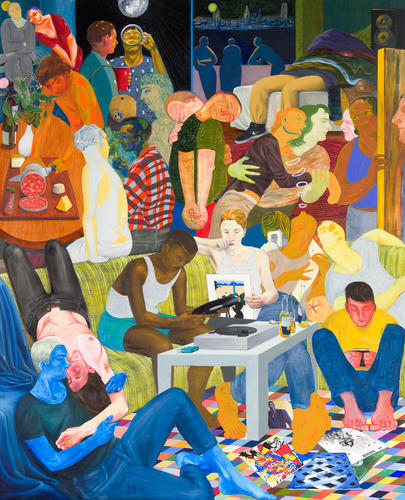 Schwabsky observes: "In a surprising way, Eisenman recognizes that today, allegory can only ever be 'al-ugh-ory,' and that the artist can only be ... impure, contaminated by irrational animal impulses. Behind this attitude lies her shift, in the early 2000s, to a manner of painting that more deeply acknowledges modernism. She rediscovered a strain of modernism that doesn’t aspire to purity or certainty—the art of Mondrian or Reinhardt, let’s say—but rather is willing to remain, as de Kooning once put it, 'wrapped in the melodrama of vulgarity.' If there’s anything these two modernisms share, it’s a flattening of pictorial space. But these are two distinct interpretations: on the one hand, a drive toward simplicity and unity; on the other, a willingness to keep multiplicity and conflict close to the surface, to let it press in on the viewer, rather than putting it at a safe distance in deep space. Eisenman is a fantastical painter of everyday life who depicts what only she can imagine as though it were a self-evident reality. Less important than making space for a multitude of figures is finding a multitude of ways for paint to appear and render sensations. In her teeming canvases, the whole world seems to crowd in on us." 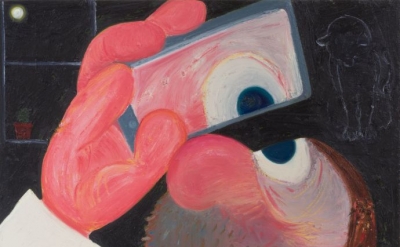 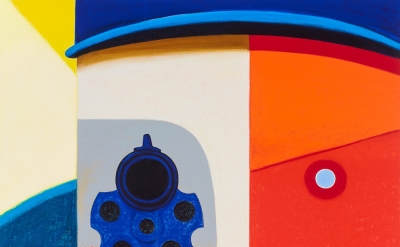