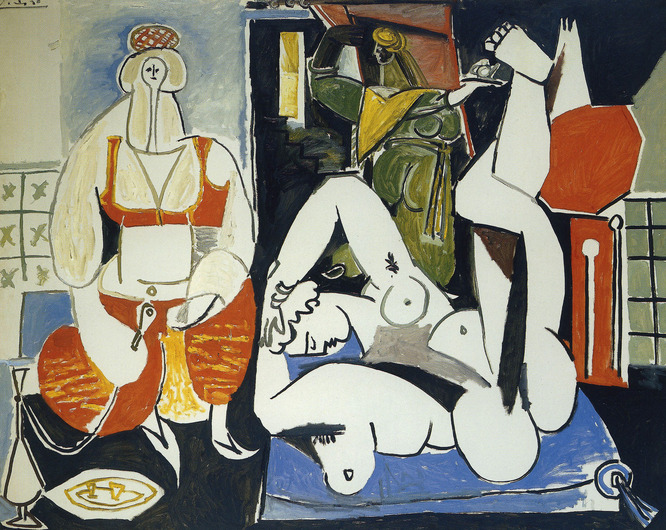 Barry Schwabsky reviews works by Picasso in three exhibitions: Picasso and Jacqueline: The Evolution of Style at Pace Gallery (closed), Picasso and the Camera at Gagosian Gallery (closed) and Cubism: The Leonard A. Lauder Collection at The Metropolitan Museum of Art, New York (through February 16, 2015).

Considering Picasso's variations after Delacroix, Schwabsky writes: "With the series of Women of Algiers (After Delacroix) ... Picasso entered a new phase of his art. He had always been an avid and able pasticheur of past styles, willingly giving the lie to the myth of progress that so many had read into his and Braque’s research in Cubism. But the Women of Algiers paintings are different: a kind of return to the intensive research paradigm of the heroic years of Cubism before the Great War, which Picasso now deployed to revisit, revise and sometimes explode the past with the full force of his profound ambivalence. In his essay for the Pace catalog, Jonathan Fineberg compares this effort to Beethoven’s in composing the Diabelli Variations, 'obsessively reinventing' his source (even though Diabelli’s harmless little ditty was easy prey for Beethoven’s pummeling), unlike Delacroix’s orientalist masterpiece. In the Algiers paintings, Picasso attempted to fragment and artificially recompose not just space and its objects (as in Cubism) but time and its beings as well. He was tearing Delacroix’s work apart and reconstructing it with fascination, ardor and hostility all at once."

Picasso in the Present 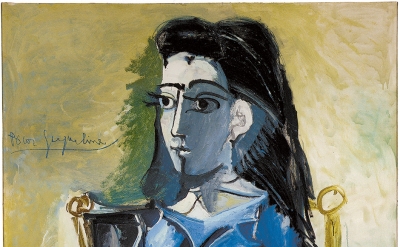 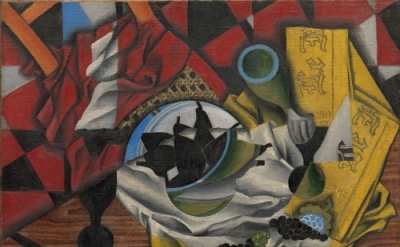 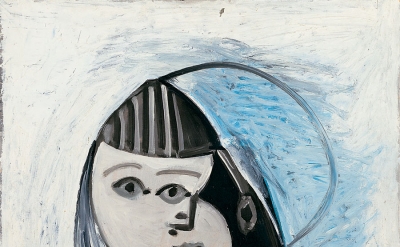 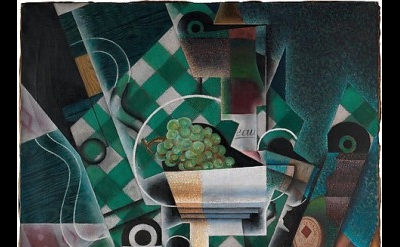