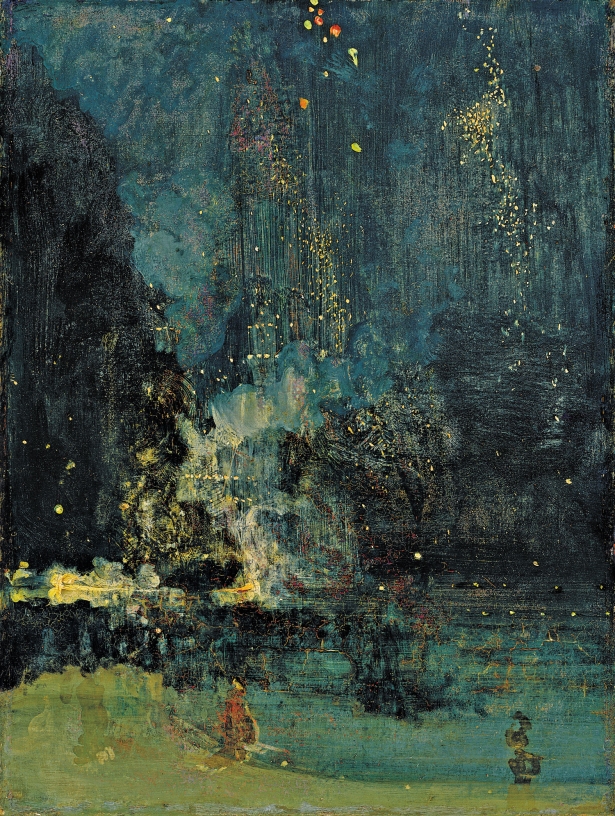 Schwabsky writes: "The brilliance of some of Whistler’s work—perhaps even more in his prints than in his paintings—and the radicality of his ideas makes it inevitable to wonder why his accomplishment seems so much smaller than that of his great French contemporaries. Sutherland doesn’t speculate about the reasons for this. These days it’s hard to remember that Whistler’s Symphony in White, No. 1: The White Girl caused a bigger uproar at the Salon des Refusés of 1863 than Manet’s Déjeuner sur l’herbe, or that Monet was more influenced by Whistler than vice-versa. The delicacy of Whistler’s perceptions and his willingness to sacrifice everything for the sake of harmony make for an art less bracing than that of Degas or Pissarro. And yet how much life there is in his little Thames riverscapes. Perhaps we need another major exhibition—there hasn’t been one for twenty years—to re-evaluate him." 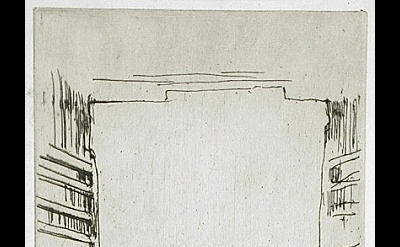