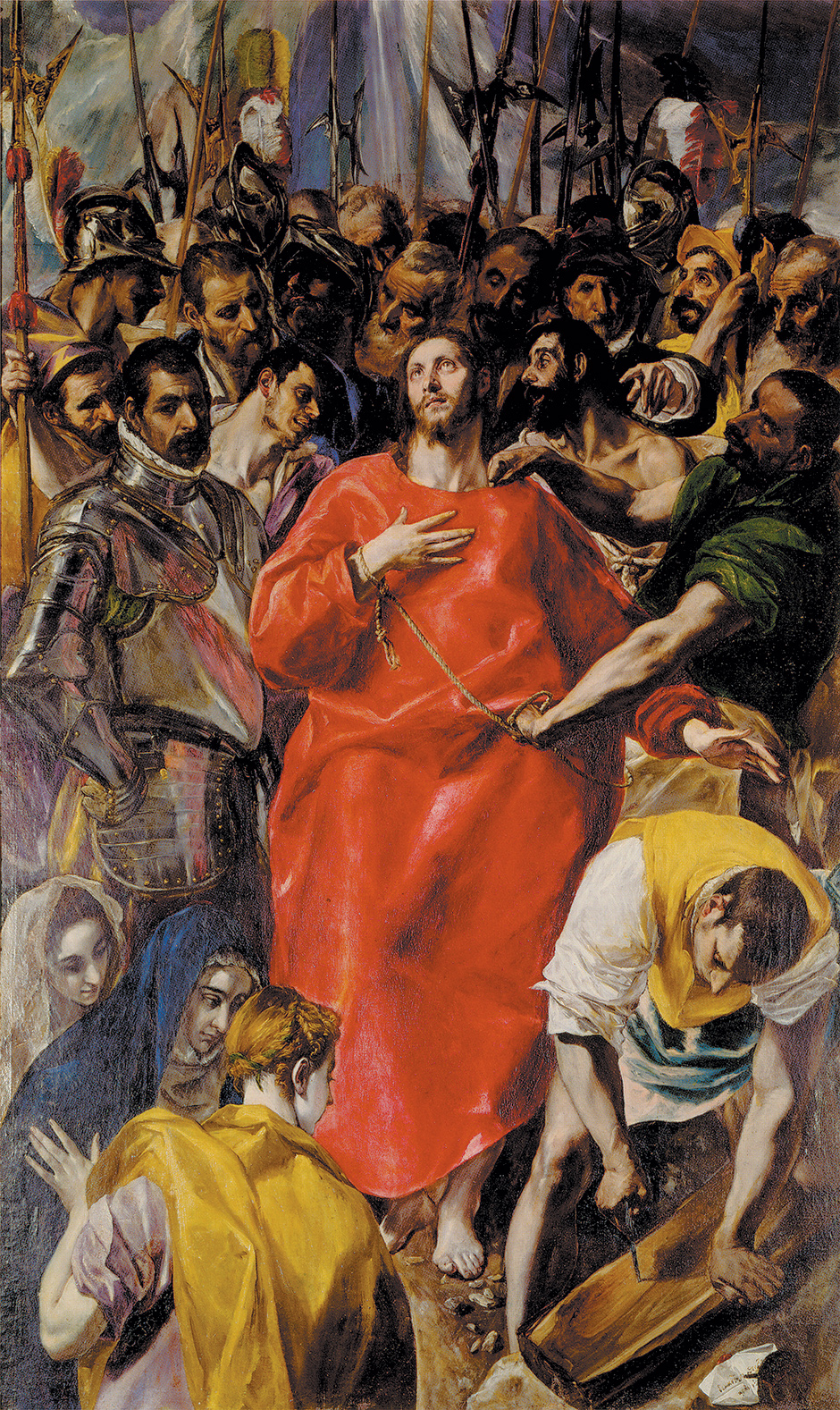 Ingrid D. Rowland considers the life and work of the Cretan painter Domenikos Theotokopoulos, called El Greco. In celebration of the four hundredth anniversary of the artist's death, the exhibition El Griego de Toledo [The Greek of Toledo] is on view at the Museo de Santa Cruz (and other venues) in Toledo, Spain (through June 14) and a book, El Greco: Life and Work - A New History

by Fernando Marías, translated from the Spanish by Paul Edson and Sander Berg, has been recently published by Thames and Hudson.

Rowland writes: "Titian may have been El Greco’s model, but the Cretan’s adventurous handling of oil paint also reflects his close study of Tintoretto, whose bold, brilliant slashes of paint could even imitate the falling rain. The painter of icons tried his hand at portraiture, exchanging the supernal faces of Christ and his All Holy Mother (as she is called in Greek) for the imperfect details of personality. His skill as a Western painter swiftly proved as exceptional as his skill as a creator of holy images whose every movement of the brush had been an act of prayer. From Tintoretto, especially, he learned to use black, to darken his reds, and to model figures in three dimensions. Icon painters worked up from pure color to light; in Venice, El Greco began to paint darkness as well... El Greco, as Fernando Marías puts it, was a consummate painter of unreality, who never let go of an icon painter’s task of committing heavenly visions to a play of colors distilled from earth."

Painting: Between Mysticism & the Commonplace 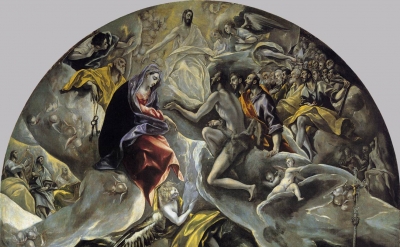