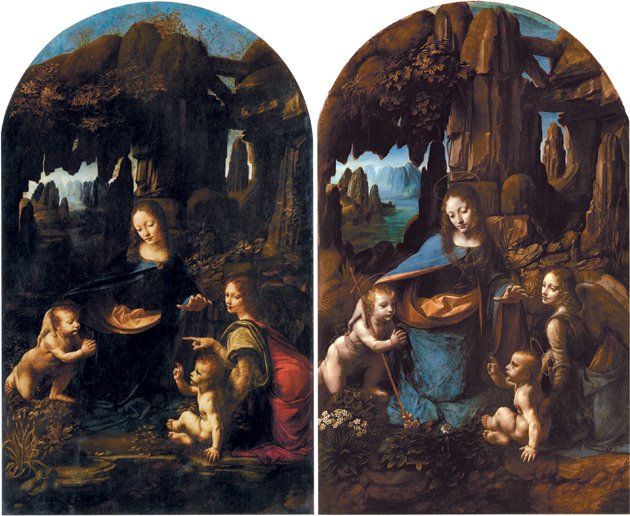 Charles Hope examines the two versions of Leonardo's Virgin of the Rocks, on view opposite each other at the exhibition Leonardo da Vinci: Painter at the Court of Milan at the National Gallery, London (through February 5, 2012).

Hope writes that "Although the compositions are very similar, each creates a very different impression. The figures in the Louvre version, which is universally considered the earlier of the two, are slightly smaller than those in the London picture, as well as livelier and more individualized. But the most obvious difference comes from the fact that the Paris picture is covered with a layer of dark varnish, which softens the contours and adds a sense of mystery to the landscape, whereas the version in London is brighter, with all the forms more precisely indicated and more easily visible." 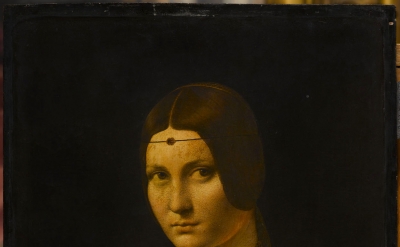