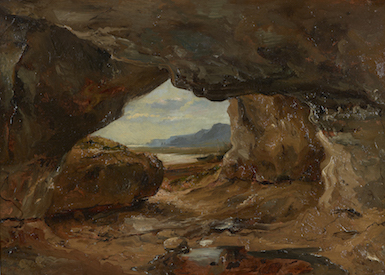 Théodore Rousseau, Grotto Under the Cliffs, Near Port-en-Bessin, 1831 (Private collection))

Simon Carr reviews The Untamed Landscape: Theodore Rousseau and the Path to Barbizon at the Morgan Library and Museum, New York, on view through January 18, 2015.

Carr writes: "Showing drawings, along with a few key paintings, the compact exhibition highlights Rousseau’s achievements. Spanning his entire career, the works map out the creative development of an underappreciated artist. In these animated works on paper, visitors can imagine Rousseau’s sketches coming to life before him. Rousseau’s deep connection to the landscape culminates in a cascade of textures and colors in luminous, richly dark drawings... For eyes that have become drowsy with photographic clichés, where pictures of the wildest nature have been domesticated, images so routine they lose any sense of a life of their own, Rousseau give us a profound nature, full of shadowy darks and lights, alive and enveloping us." 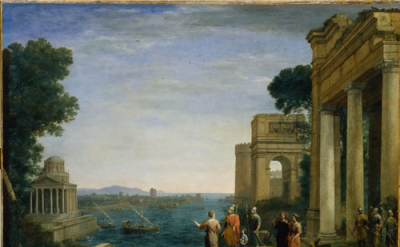