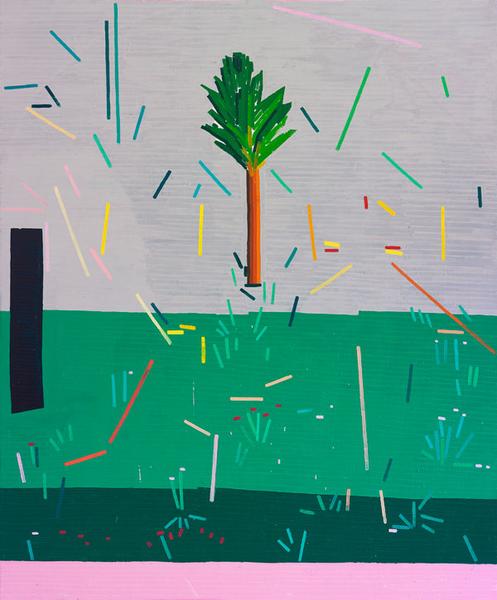 Moure writes: "Yanai’s pieces look pixelated, in keeping with the digital age in which they were created — and the artist doesn’t shy away from mentioning computers, Photoshop and Instagram in conversation — but they are also reminiscent of objects made using centuries-old crafts, like needlepoint or weaving. His style, he says, 'references a lot of ancient things but also a lot of new things.'"