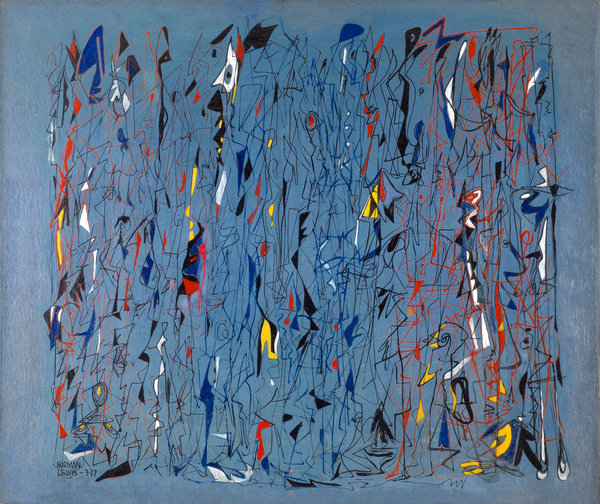 Rosenberg writes: "The show isn’t really a dialogue, in the conventional sense. But it bravely elides differences of gender, race and religion, finding that Krasner and Lewis — a Jewish woman and an African-American man — shared a visual language that was a subtler, more intimate dialect of Abstract Expressionism. And it does so while recognizing the cultural accents in both artists’ works, the influence of Hebrew writing on Krasner’s grids of glyphs and the connections to jazz in Lewis’s meandering lines. Probably the most refreshing aspect of the show is the chance to see Krasner matched up with a man who is not her husband, Jackson Pollock. And Lewis, whom curators have too often shown as either a lone visionary or as part of a well-defined circle of black artists, also benefits from the pairing." 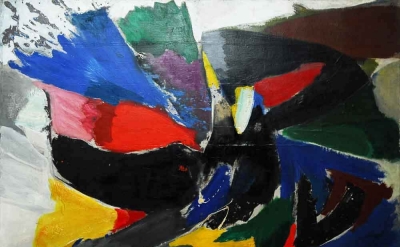