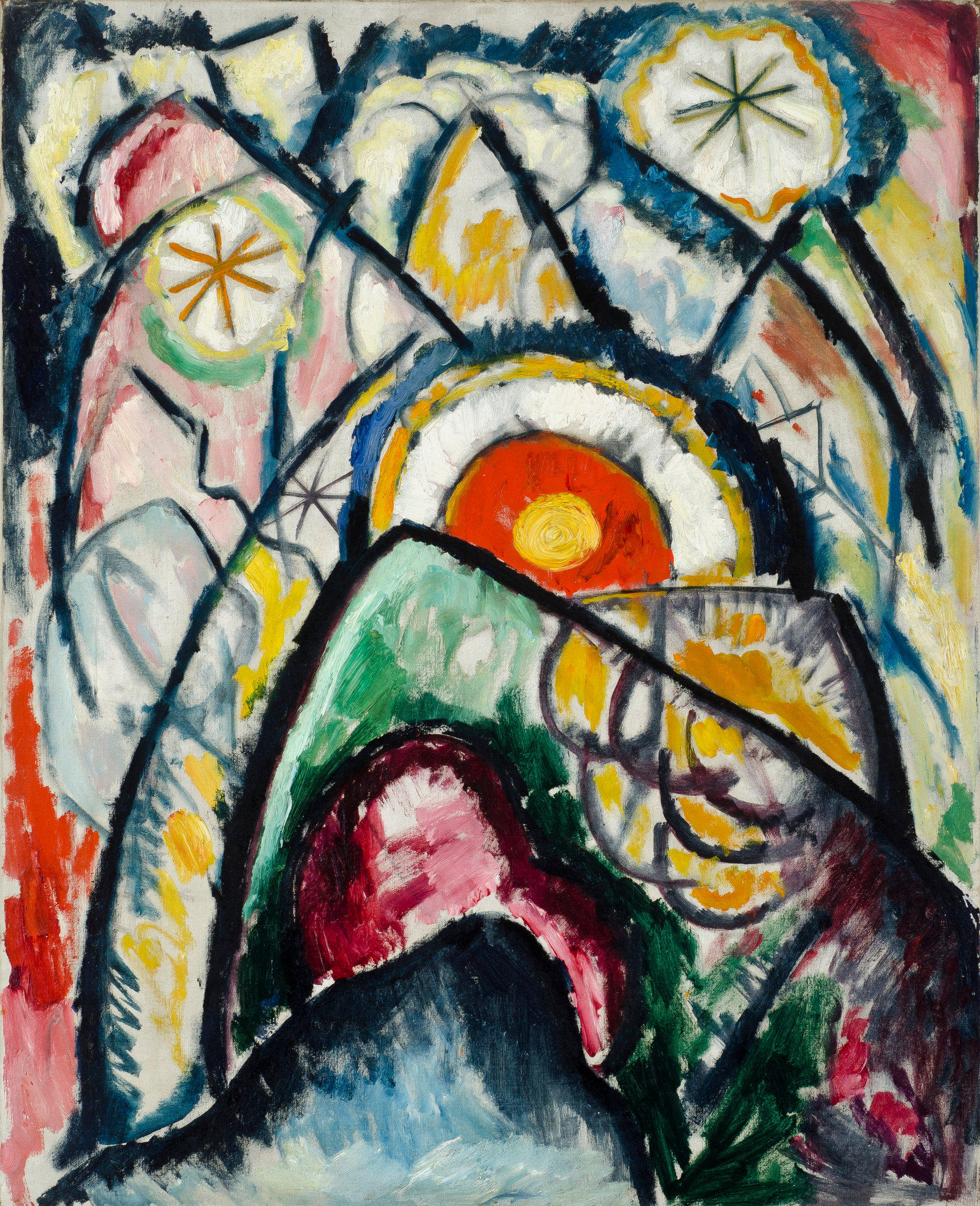 Smith writes that "between early 1912 and late 1915... [Hartley] produced a stream of paintings that synthesized Cubism and other European modernisms, mixed in non-Western motifs and mysterious symbols and culminated in his lusty, elegiac German Officer paintings... As never before, this exhibition places Hartley squarely among the outlier mongrelizers of Cubism — like Chagall, Klee and Miró — who picked up early on Cubism, took only what was needed and repurposed it to an adamantly personal expression and local aesthetics. Hartley achieved this partly by incorporating forms of otherness, cultural and sexual... Hartley’s intoxication with Germany infuses this show. It first emerges in “Painting Number One” (1913), which he completed after meeting Kandinsky, the Russian avant-gardist, in Munich. Kandinsky’s visionary buoyancy took Hartley back to his beloved Maine mountains, albeit in disembodied form: a series of black, peaklike lines that climb the surface amid bursts of glowing color. As indebted to Kandinsky as the work may be, it is also more urgent and whole — and in its thin nervous brushwork more daring — than just about anything by the older artist." 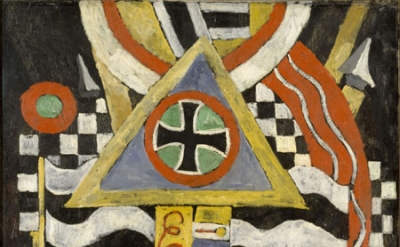