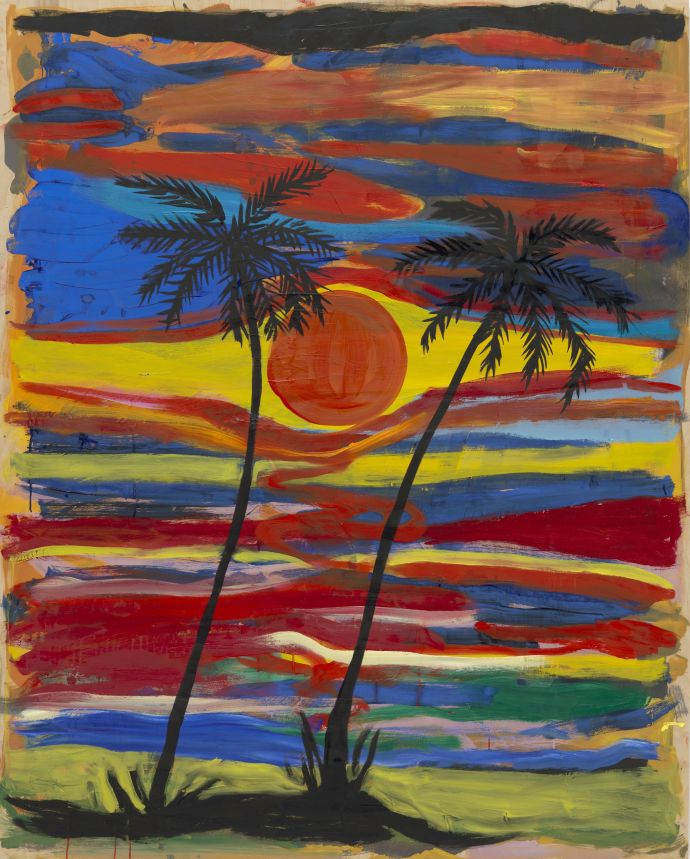 Josh Smith, Untitled, 2013 (courtesy of the Museum of Modern Art)

Schjeldahl writes that "painting has lost symbolic force and function in a culture of promiscuous knowledge and glutting information. Some of the painters in 'Forever Now,' along with the show’s thoughtful curator, Laura Hoptman, face this fact. Don’t attend the show seeking easy joys. Few are on offer in the work of the thirteen Americans, three Germans, and one Colombian—nine women and eight men—and those to be found come freighted with rankling self-consciousness or, here and there, a nonchalance that verges on contempt. The ruling insight that Hoptman proposes and the artists confirm is that anything attempted in painting now can’t help but be a do-over of something from the past, unless it’s so nugatory that nobody before thought to bother with it. In the introduction to the show’s catalogue, Hoptman posits a post-Internet condition, in which 'all eras seem to exist at once,' thus freeing artists, yet also leaving them no other choice but to adopt or, at best, reanimate familiar 'styles, subjects, motifs, materials, strategies, and ideas.' The show broadcasts the news that substantial newness in painting is obsolete."