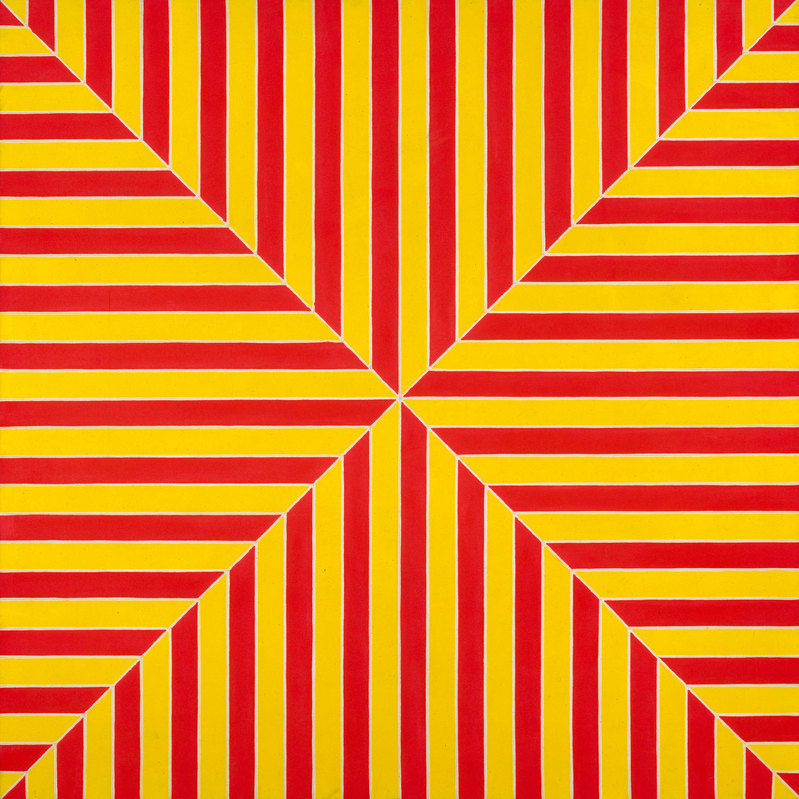 Peter Schjeldahl reviews Frank Stella: A Retrospective at The Whitney Museum of Art, New York, on view through February 7, 2016.

Schjeldahl writes that the show "will likely provoke varied opinions, on a scale from great to god-awful. The crowded installation of huge abstract paintings, reliefs, sculptures, and painting-sculpture hybrids, augmented by works on paper, tracks the New York artist’s fifty-seven-year career. At the start is the deathly glamour of Stella’s Black Paintings—bands in matte enamel, separated by fuzzy pinstripes of nearly bare canvas—which shocked everyone with their dour simplicity when they appeared in a show at the Museum of Modern Art, in 1959. Those works, which Stella began making when he was a senior at Princeton, amounted to tombstones for Abstract Expressionism and heralds of minimalism. The new show ends with one crazy-looking mode after another, mostly in the form of wall-hung constructions, created since the early nineteen-seventies. In between are too few of the swaggering compositions—of target-like concentric stripes, designs based on compasses and protractors, and shaped canvases that echo the shapes painted on them—that made Stella a god of the sixties art world, exalting tastes for reductive form, daunting scale, and florid artificial color." 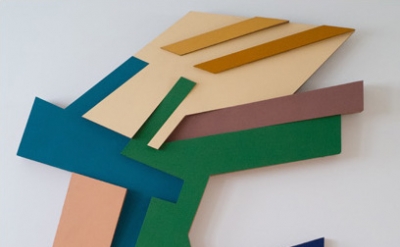