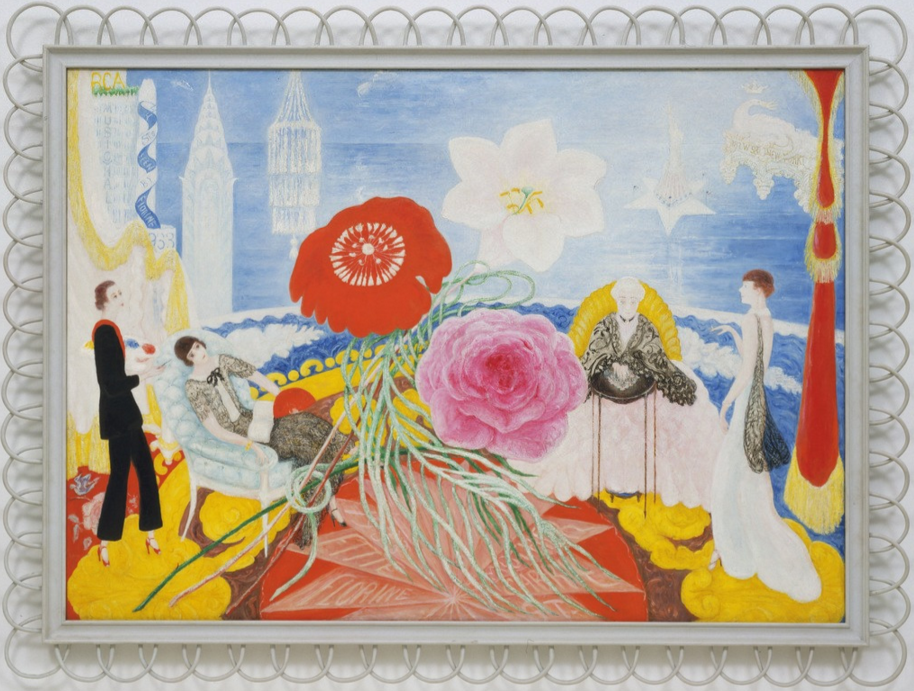 Barbara Zucker reflects on Florine Stettheimer's Family Portrait II (1933) in the collection of the Museum of Modern Art, New York.

Zucker writes that Family Portrait II "is a luscious poem of a painting, with a huge bouquet of flowers floating center stage in a surreal, dreamy space, a device Stettheimer would use often... Each flower represents one of Florine’s perennial cast of characters: her mother, and her two sisters. Stettheimer represents herself both as the tendrils that bind the flowers together and in a self-portrait standing stage left (all her paintings are highly theatrical), dressed in an elegant pants suit and stiletto heels, palette and brush in hand, as she surveys the scene. Stettheimer often inserted herself in her paintings – a silent, lithe and ageless observer. In the background on the left, a chalky Empire State Building stands next to a gigantic crystal chandelier; and on the right a diminutive Lady Liberty holds her flame aloft." 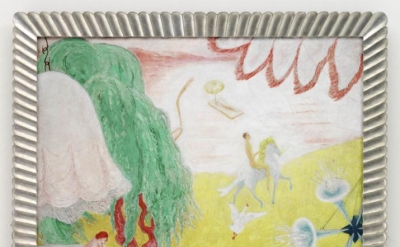 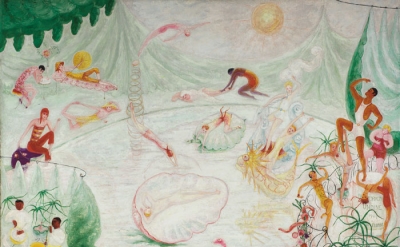 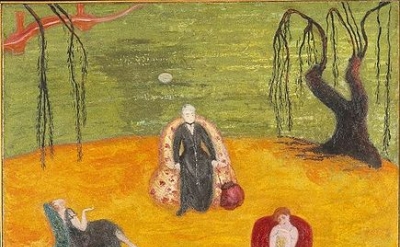