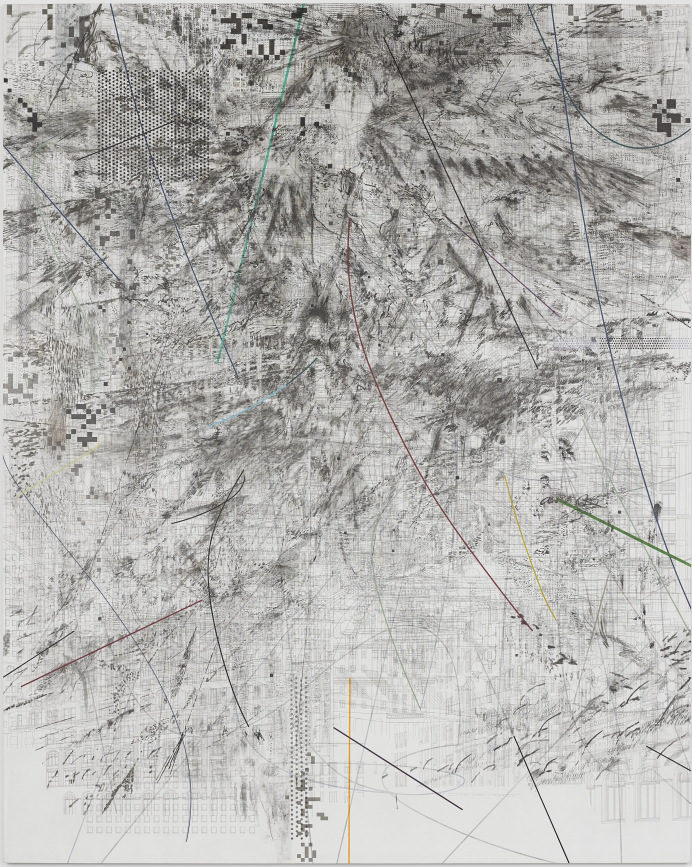 Benjamin Britton considers Julie Mehretu's Mogamma (A Painting in Four Parts): Part II in the collection of the High Museum of Art.

Britton writes: "From my first introduction to Mehretu’s work, I was struck by its speed and multiplicity of transparent perspectives. The paintings gave the sensation of lives lived in multiple locations, the architecture of power, and the actions of people against the background of civic structures of control. And she was doing it with abstraction, but something beyond the grid of modernism. It was a generative approach, and one from which I internalized much about how painting can function. Looking at her work certainly contributed to my desire to have a painting define its own conditions within its frame and produce its own climate, rather than arranging forms based on composition. It also helped me to see the way in which signifiers could be interpreted formally so that they became abstractions, yet held their signification. The form of the signifier was shifted using scale, orientation, position, direction, and color to become a parallel iteration of the conceptual motivation for using the signifier in the first place (for example, the temporary status of architectures of power she describes using layered line drawings of transparent architectural facades)." 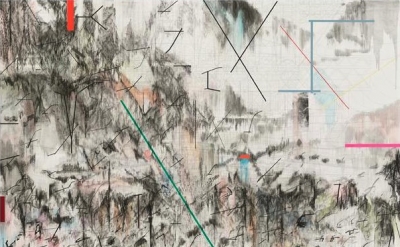 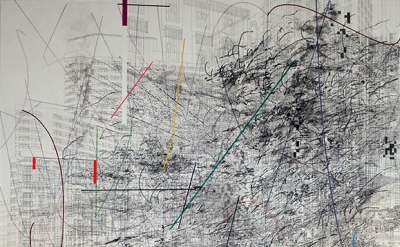