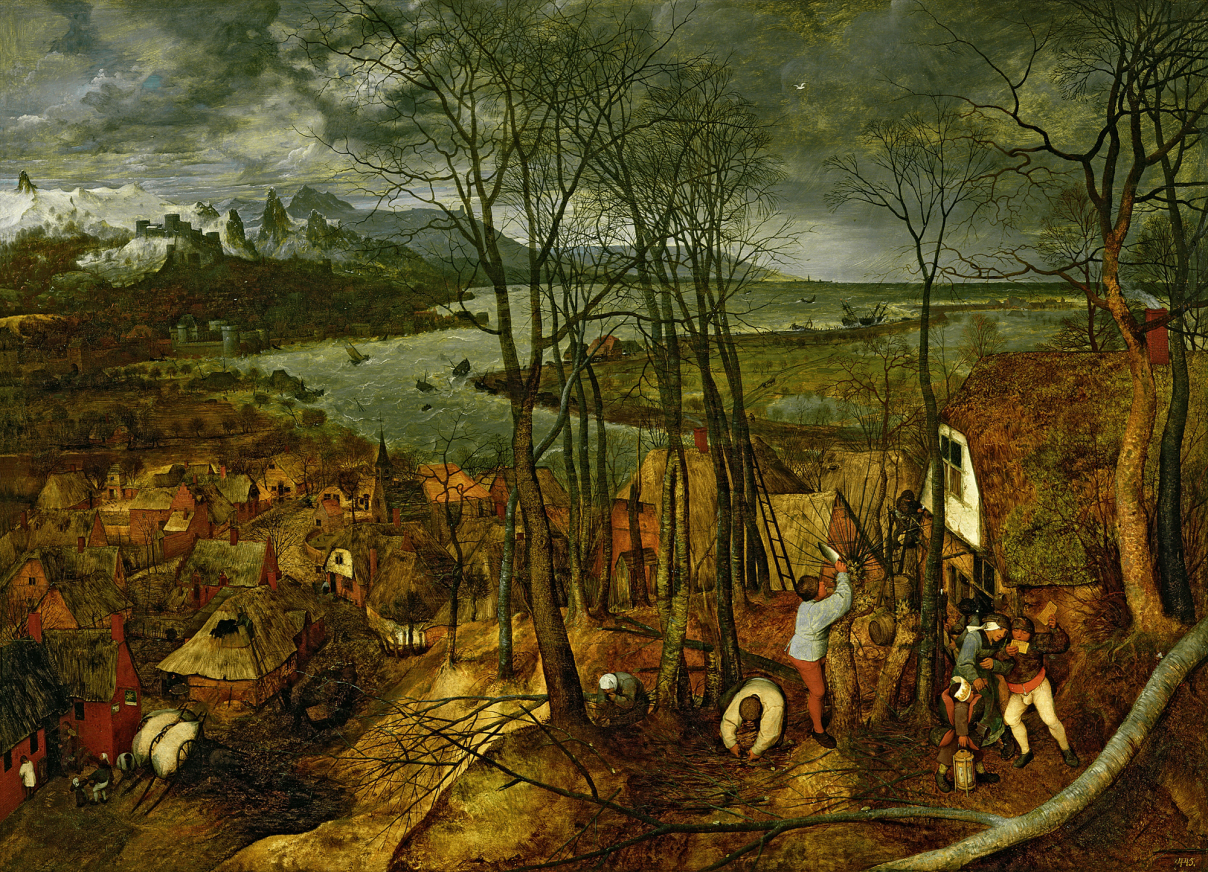 Amenoff writes: "In his Seasons cycle, Bruegel lifts much from [Joachim] Patinir structurally and stylistically, but he does something radical and distinct from his predecessor by animating his figures only according to the reality of the seasonal condition in which they appear. The characters in these paintings are in many respects, simply cogs in Bruegel’s stunning choreography of land, light, space and weather... In The Gloomy Day, with its bone-chilling atmosphere the foreground feels and looks precisely like February. Four burly guys are pollarding trees because such pruning is best done before the new growth of spring. The season rules. In the Return of the Herd, it rules again as the animals are brought in for the winter. So it goes through each of these pictures, The Harvesters, Haymaking and Hunters in the Snow. Humans here are portrayed as a part of what we call ‘nature’." 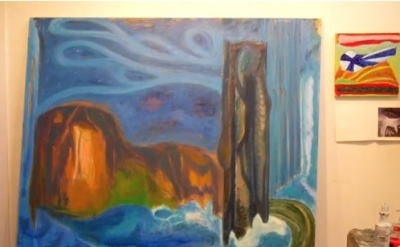