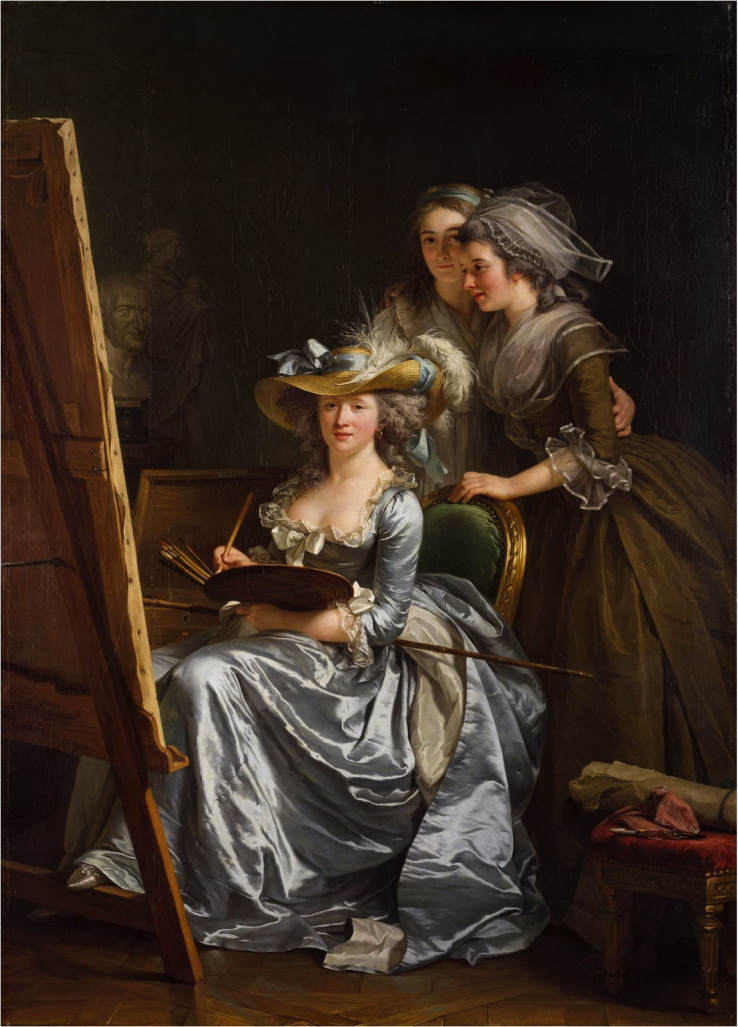 Jacquette writes: "An entire symposium could be held on the meaning of this painting. Indeed, the Metropolitan’s wall text for it asserts that it '…has been interpreted as a propaganda piece, arguing for the place of women in the academy.' Although my writing here is about my own response to the painting – and not the art historical interpretation of it – I’m all for the interpretation of this painting, with its stunning technique and glorious, beautiful, and charming imagery, as a propaganda tool for women’s inclusion in the academy ('anything you can do, I can do better', indeed). Not to mention the fact that Labille-Guiard painted numerous portraits of French royalty, yet was sympathetic to the French Revolution (or so says the wall text). But, for me, the painting is the work of an individual reveling in her role as a skilled, highly regarded professional, who could both make knock-out artwork and serve as a mentor to other women. Even as an 11-year-old girl I was onto this and it impressed me indelibly.