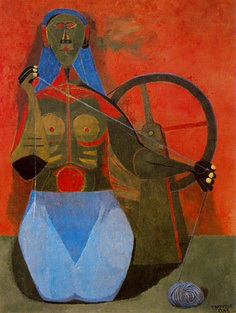 Kreimer writes: "The matte surface is profoundly austere, not in the sense of renunciation, but of having enough... Each shape and surface is its own color—both in the sense that we can say the background is brick-red, or the spinner’s right elbow is a warm black—but also in the sense that the physical pigment used in each shape is as important as any other quality it contains, which likely has much to do with Tamayo’s practice of grinding his own paints. It’s as if the mineral quality of the paint, the pigment, has been carefully weighed and allotted to each area, and could be accounted for, tabulated, as a mineral just as much as it could be considered a form or even part of a representation... Just as the picture balances paint’s physicality with its depictive utility, it achieves a synthesis between seemingly opposed ideas of creative work: it attracts without beckoning; it presents a woman who turns to us but does not need our presence for her self-definition, who is naked but not sexualized, and for whom creative expression comes through a medium of repetitive work." 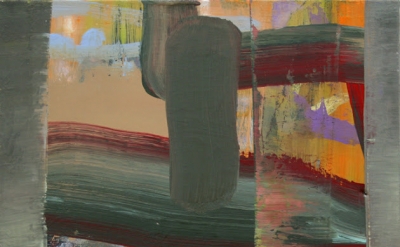 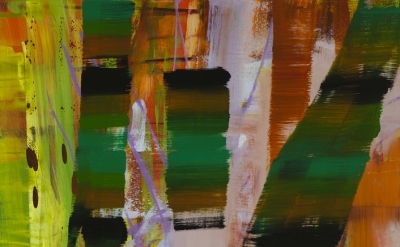