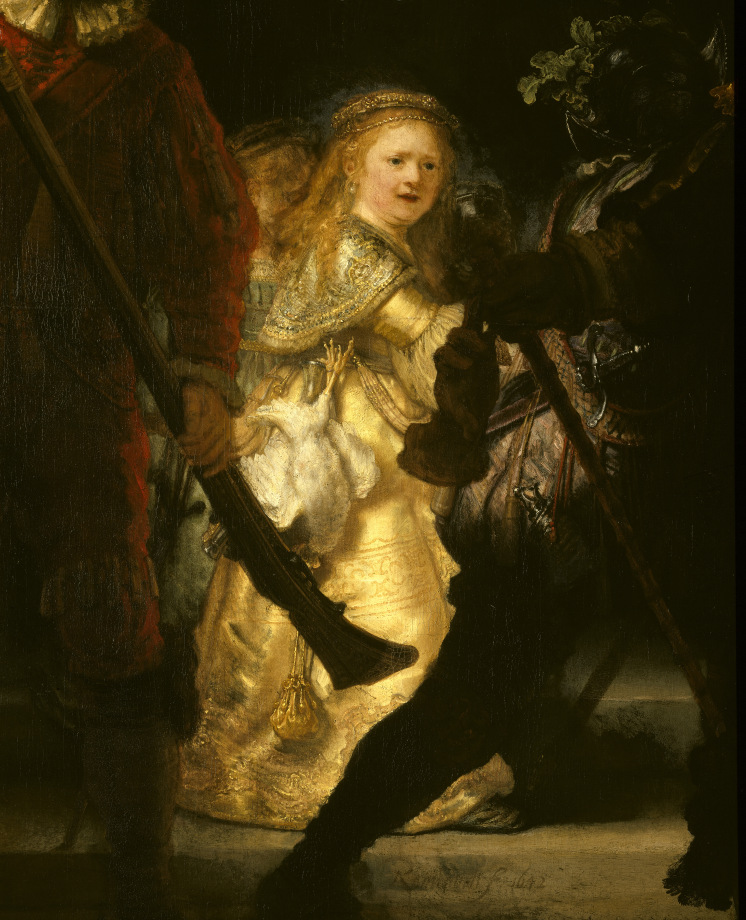 Middleman writes: "In The Night Watch Saskia seems to be going against the tide of the militia’s marching, heading in the opposing direction, from the left to right instead of from the drummer on the right to the left, strangely detached from the dominant current. One’s eye, which is used to scanning events from left to right, now has to resist its natural tendency; the entire militia now seems to be headed the wrong way. At least that must have been the way it seemed to Rembrandt in all his grief: the world has no right to continue on after Saskia’s death, but it does so anyway, unfeeling, indifferent. This parade of militiamen all decked out with swords and bucklers, responding to beckoning drumbeat and wave of flag, becomes a surrogate for the World, with Rembrandt outside it, no longer able to take the dear heart of his loving partner along with him. With pragmatic insistence, this parade of men rejects and mocks the depths of Rembrandt’s grieving by continuing to go in the wrong direction. But by painting such a painting as this, of a group of soldiers moving off, in such a way as to conflate his private world with the public, Rembrandt thereby converts a civic event into an authentic painting of mourning. He manages to rescue Saskia from oblivion, to commemorate her having lived in one luminous embrace, suspended forever in the breach between past and future. This painting ends up being a transformative infraction of nature, where fiction triumphs over loss and death, and thus earns the right to be called by its mistaken title The Night Watch." 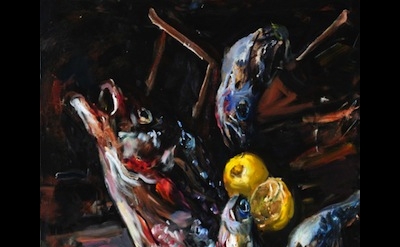