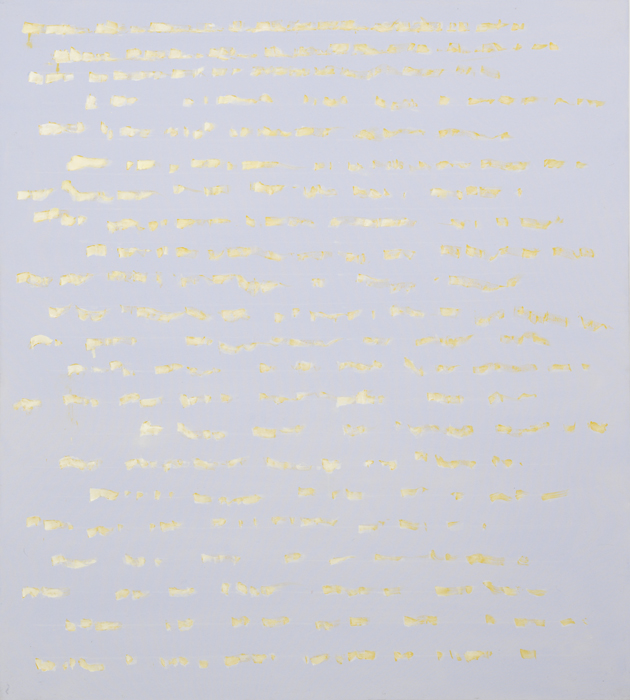 For Parkinson, both exhibitions engender silent contemplation. He describes how in a Max Bill painting (in the Line & Circle show), it is "impossible to determine which form is figure and which is ground, it shifts continually, from green figure against blue ground to blue figure with green ground, the colour relationship between them seeming somehow to be just right, as if there was such a thing as 'correct.' Motion is arrested as I fix my attention on this object/image. It’s not just that the experience is a silent one, it’s more that the painting is the visual equivalence of silence: shifting, dependent on our perception of it, between presence and absence."

In the Leapman show, Parkinson notes that "each of the paintings is of two colours only, a ground and a sequence of lines in another colour, sometimes contrasting in hue and sometimes matching, but generally closely matched in tone. Although I feel drawn into that conversation about process, and even more so having seen the Max Bill painting pura III and wanting to compare and contrast them, they do then bid me to become silent again..." 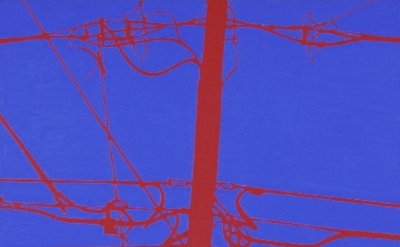