Looking for a Bad Giacometti 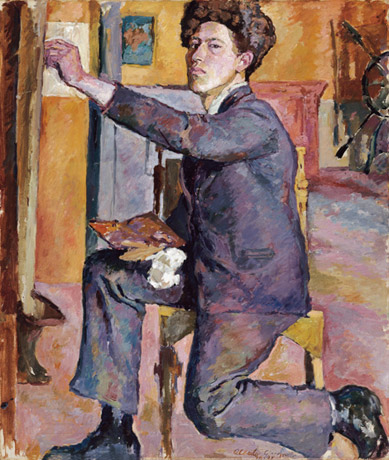 Philip Koch writes about the unmistakeable power of Alberto Giacometti's 1921 self-portrait: "Within the confines he chose to work within, I have to admit he did a fine job of it. In particular, he posed himself to make a tightly organized composition that has a nervous pulsing energy to it... There is an unmistakable early 20th century feel to this painting. It couldn't have been painted in 1821 instead of 1921."

“In Giacometti’s Studio” at Eykyn Maclean