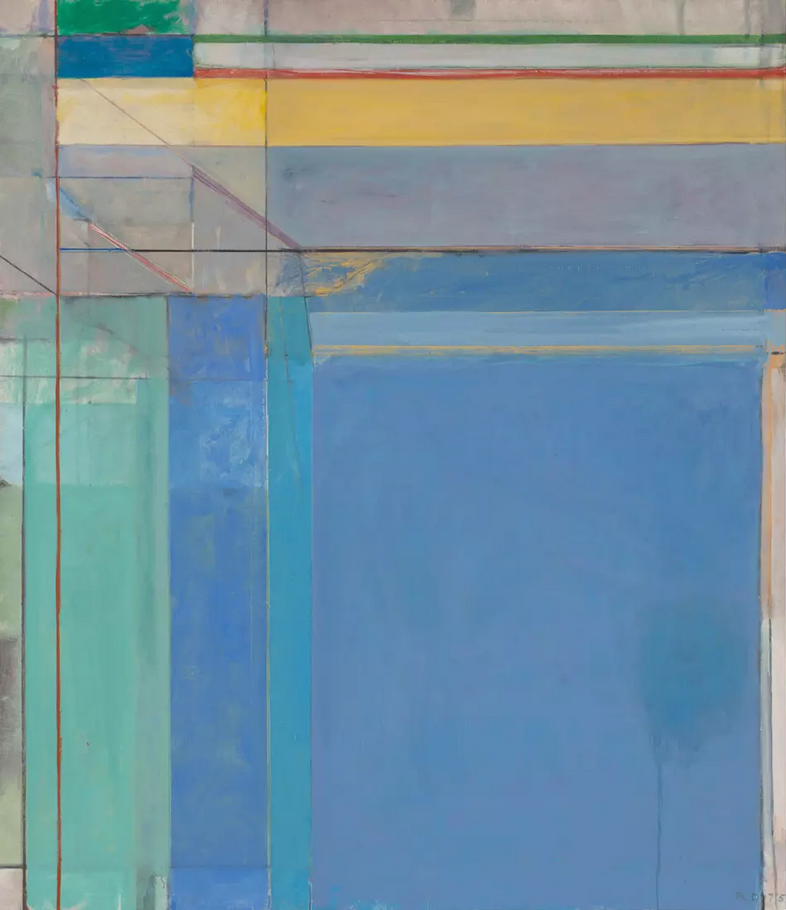 Richard Diebenkorn, Ocean Park #79, 1975 (Philadelphia Museum of Art. Purchased with a grant from the National Endowment for the Arts and with funds contributed by private donors, 1977 / © 2015 The Richard Diebenkorn Foundation)

Ian McKeever writes about Richard Diebenkorn on the occasion of an exhibition of works by Diebenkorn at the Royal Academy of Arts, London, on view March 14 - June 2, 2015.

McKeever writes: "If the early abstract works by Diebenkorn are composed of flowing interlocking forms, then the ‘Ocean Park’ series is distinctly angular and urban. Although appearing counter intuitive, in going from abstraction, to figuration, then back again to abstraction, the trajectory of Diebenkorn’s work does in fact pursue a clear inquiry into the nature of what, in painting, abstraction might be. By contemporary standards, in comparison to, say, the consciously theatrical mega-pictures of Anselm Kiefer Hon RA or David Hockney RA, Ocean Park #79 is not a big painting. It measures 236.2cm x 205.7cm. Indeed its size could be said to hold a relative modesty, a characteristic common to Diebenkorn’s work. Higher and wider than a doorway, yet still having a sense of the scale of the human body, perhaps the height and width of a man with arms raised high or spread wide, this human scale seems important to the painting. Indeed the paintings in Diebenkorn’s ‘Ocean Park’ series seem actively to want to pull us back to our own physical place in the world, to find an intimate contact with the viewer, whereby it becomes a specific one-to-one, body-to-body relationship. The body that is the painting and the body that is our own." 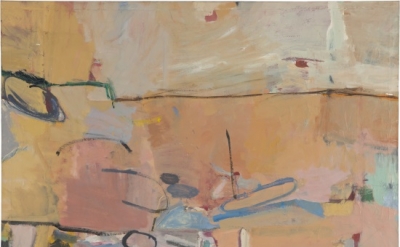