Pierre Bonnard @ Palace of the Legion of Honor 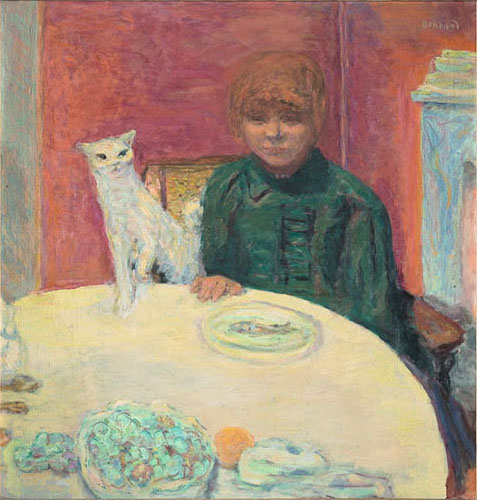 Mark Van Proyen reviews Pierre Bonnard: Painting Arcadia at the Palace of the Legion of Honor, San Francisco, on view through May 15, 2016.

Van Proyen notes that the exhibition enables "a fresh look at the way that Bonnard was able to use the fluctuating warm and cool radiances of the color spectrum to model the shifts of volumetric shape, subtly adjusted in relation to fleeting ambient illumination. The result was a de-emphasis on projective flatness and a fresh re-emphasis on elements of painting that Richard Wollheim called 'seeing-in' and 'expressive perception' – those being shorthand terms for illusionistic and affective representation... It’s as if his paintings were registering changes of temperatures (including emotional temperatures) in the scenes they depict, rather than how they might passively appear to the photographically indoctrinated eye. Put another way, we can say that Bonnard’s chromaticism is more synaesthetic than that Matisse’s; that is, more able (by way of inference and suggestion) to incorporate multiple sensory registers that reach beyond the purely visual. As such, they infer a more sophisticated awareness of the nature of experience, one that recognizes that the full understanding of experience is more than sensation, that it also has elements of logic and desire integrated within it." 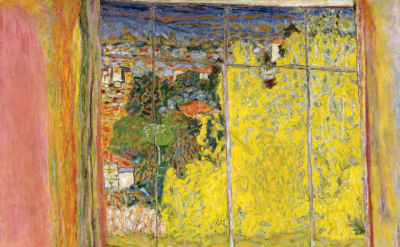 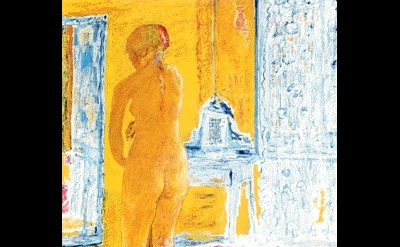 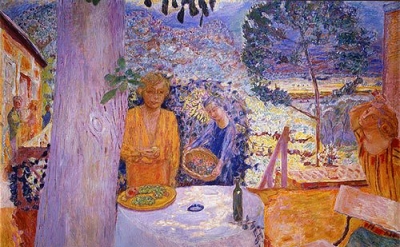