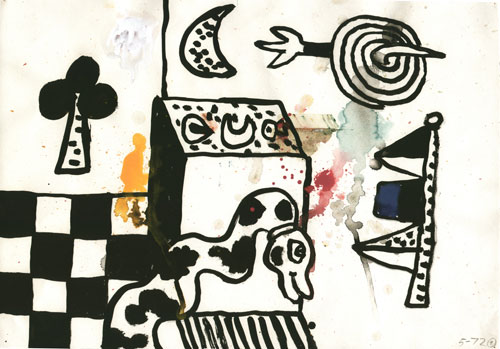 McKenzie writes that the exhibition "demonstrates the unique style and epic quality; [Davie] has the power to mystify his audience. Here we see the great importance of drawing to his artistic identity. Not only do his rapidly executed drawings portray his own private language of signs, they also exemplify how music influenced him and his interest in ancient and non-Western belief systems."

Joan Miró: The Ladder of Escape