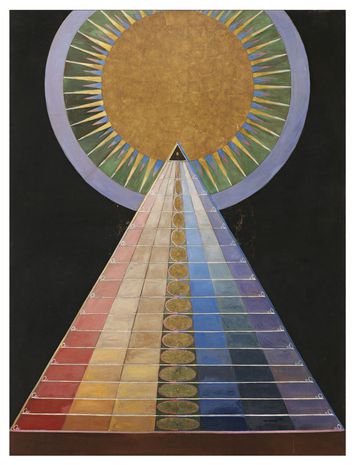 Di Marzo writes: "In an age when men claimed primary status as creators, af Klint became a medium – the ultimate passive, receptive state – and used it to secure her independence; to be more than a copyist and decorator. At a time when strong spiritual currents like Theosophy, which adherents considered a science rather than a religion, achieved cult status, she studied a variety of wisdom traditions from the East and West along with Theosophy and Anthroposophy, without rejecting her Lutheran heritage and living by her own ascetic regimen. So, with the jury still out, it remains for the great force behind af Klint’s all-encompassing vision to speak for itself in a language she created, swiftly and surely, to explore the furthest reaches of human awareness." 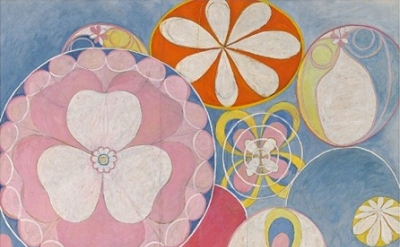