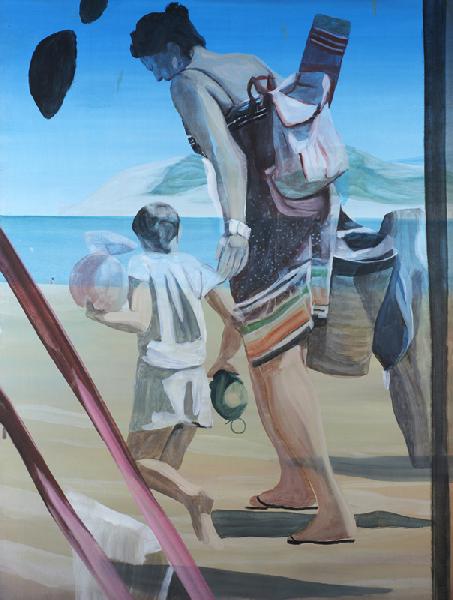 Harriet Thorpe talks to painter Marc Desgrandchamps about the work in his exhibition Solitudes at Eigen + Art, Berlin, on view through August 16, 2014.

In her introduction Thorpe writes: "Sitting in the back seat of my parents’ car as a child watching people and scenery passing by, figures were flattened by the glass, their faces blurred by a finger smudge I had made earlier, and their bodies obscured by objects that rose and fell with the motion of the vehicle. Reflections doubled forms, and the window was just another frame of illusion, where people were extras who emerged and disappeared for my own personal narrative. Marc Desgrandchamps takes fragmentary elements of this experience, monumentalises them and asks you to pause and question this momentary dimension of narrative, where each figure or scene becomes a central pivot to the plot." 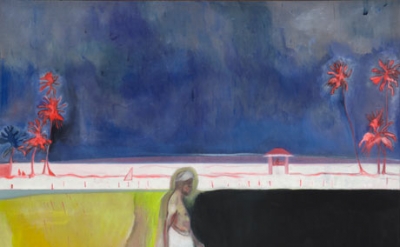 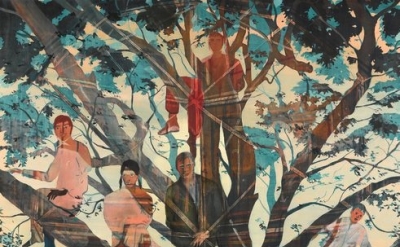