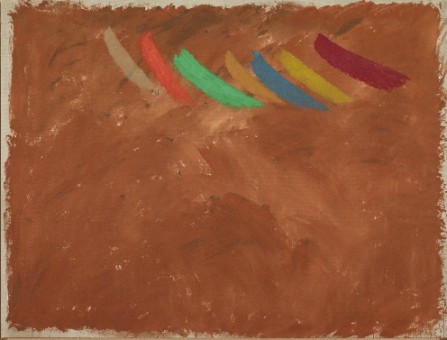 Panero writes that Bush's "colors are battery powered. His paint application is luminous. His shapes are unashamed. Bush was an artist who came of age relatively late in his career, but he somehow managed to keep that long gestation from weighing him down. He was a mature painter who found a way to make playful and seemingly naive art."