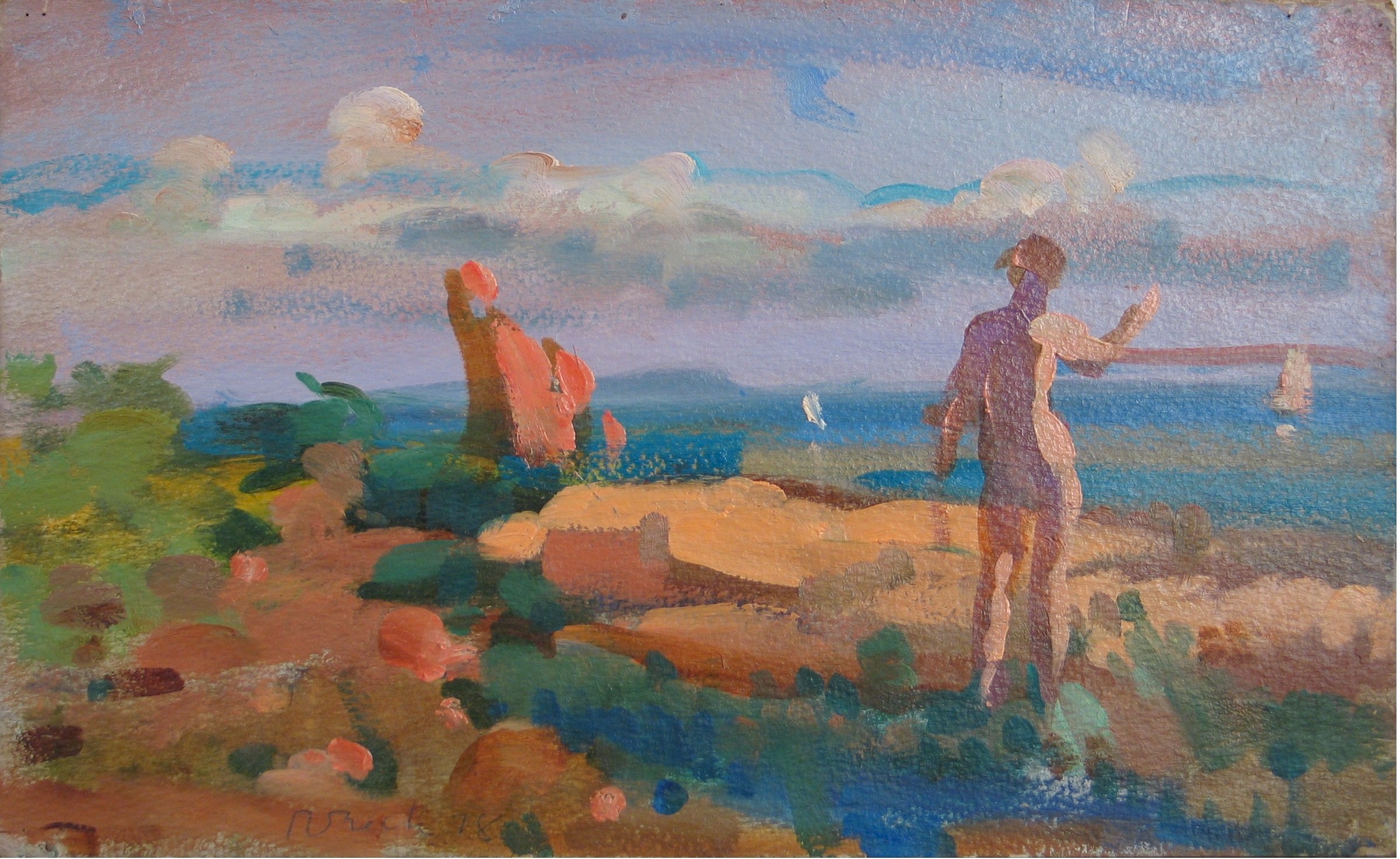 Sutphin writes: "Within the complex social climate of the [The Tempest], Prospero is the artist who mediates material and concept. Throughout the play, he shifts from benevolent to tyrannical—he is both a loving father to Miranda, and the manipulative captor of Caliban and Ariel. The social relations in tandem with the opposing forces of magic and realism made the play a particularly enticing subject for Beck as she sought to bring seemingly contradictory elements—irreconcilables—together. Beck addressed the situation head on when she wrote: “painting must have space in it as well as remain flat—the space of real things—else there’s no magic.”[9] In this light, the conflicted yet intertwined relationship between Caliban and Ariel can be seen as a parallel to Beck’s desire to marry the abstract, rhythmic surfaces found in the work she was producing in the early 1950s together with representation. Despite her interest in narrative, Beck always considered herself to be an abstract painter and representation was simply the means by which her 'abstract rhythms' could be set in motion."